This morning at breakfast, Vilma told me that we were not driving to the church. Instead Lucy would be coming to get us.  As we waited for them Sergio took a photo of Vilma and me. 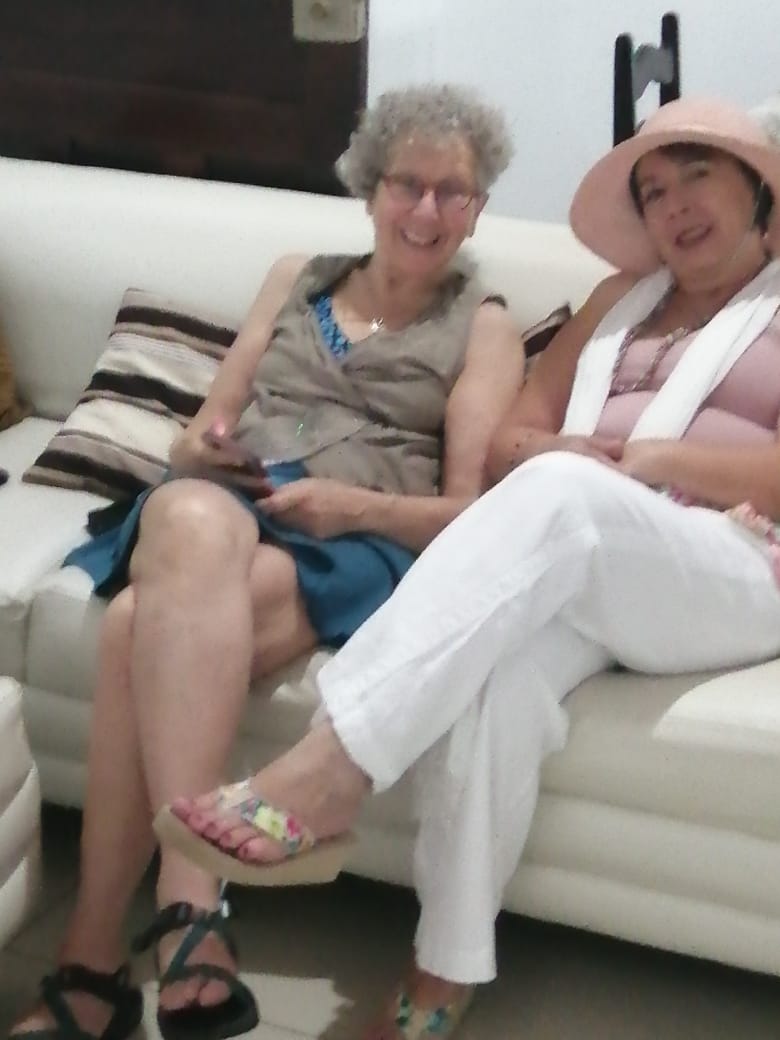 When Lucy arrived, her husband, Randy, was driving and Marielos was also in the car.  We drove to Playa Hermosa.  Everybody else had been taking there in the van.  They needed room in the van for some of the extra people who wanted to come with us  When we arrived at the beach, I took a photo of Randy and Lucy.

It was a beautiful beach and many of us immediately went into the water. 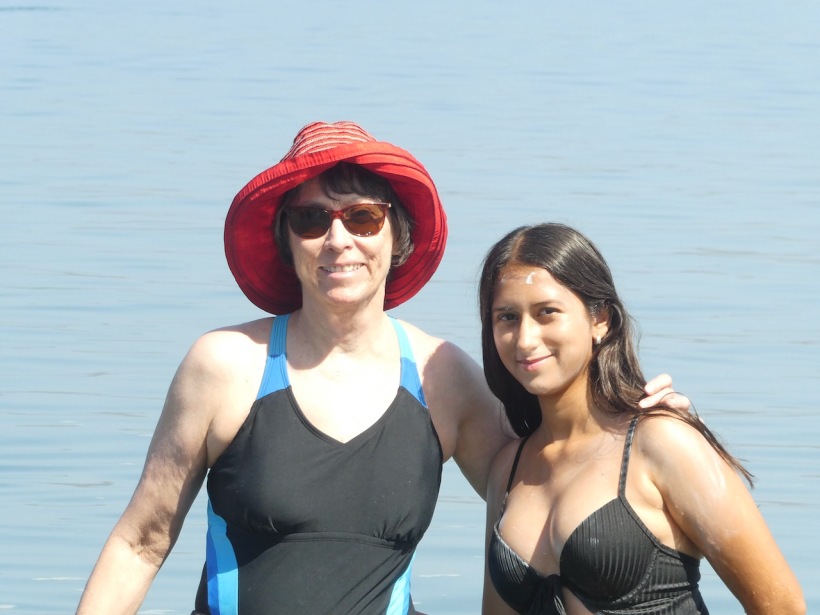 Barbara actually went swimming for a long way down the beach.  She came back with a fish she had found. She was carrying it in a styrofoam lid to show it to all of us.  Then she released it back into the water.

We think it actually had died before she put it into the styrofoam.  Daniel looked up the name for me.  We think it was a Sphoeroides.

Barbara saw some Urracas in the trees but they had flown away.  We walked around the beach until we found another one.

When we reached an estuary, we turned around.  On the way back we met up with Susan, Lee, and Barbara who had also decided to take a walk.  I chose to turn around and walk further with them.  I really felt like I needed some exercise.  This time we crossed the estuary.

I saw oyster catchers so I took photographs. 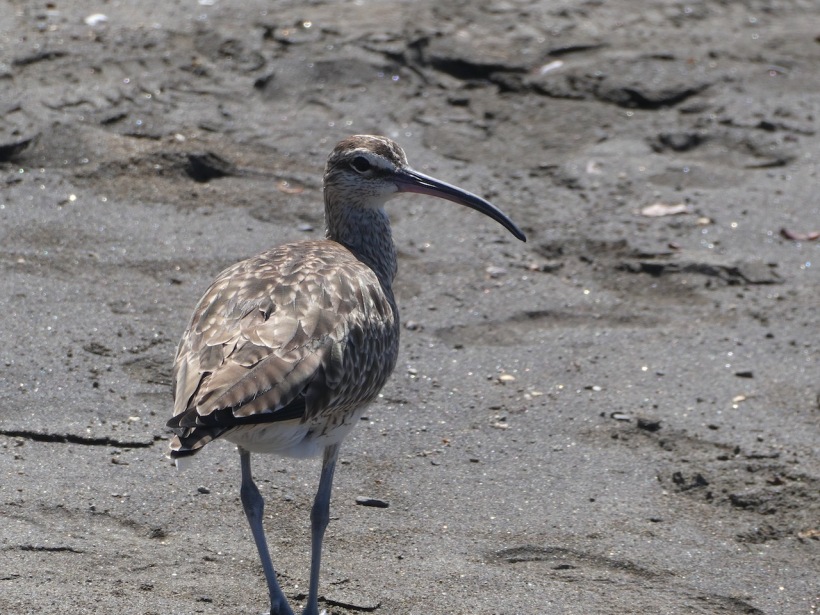 I did get a photo of the black boat.

On the way back we saw a Caracara. 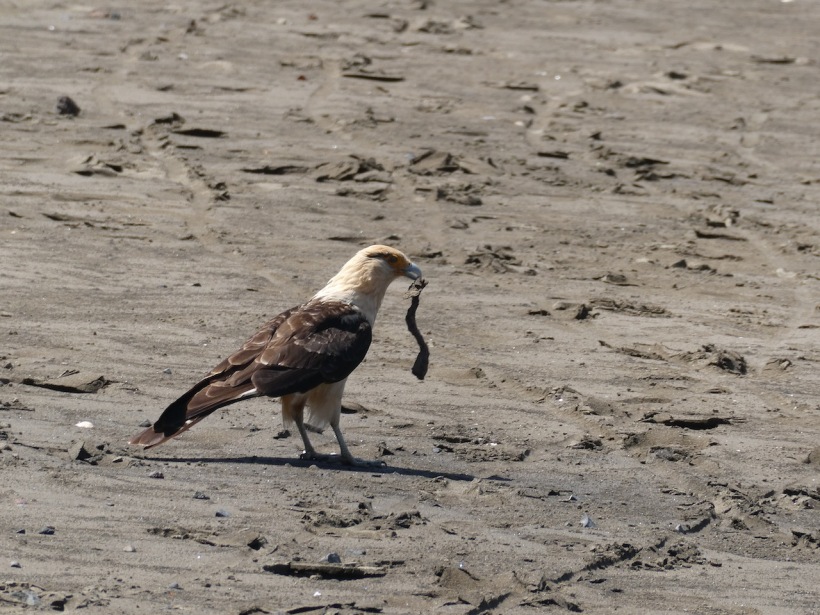 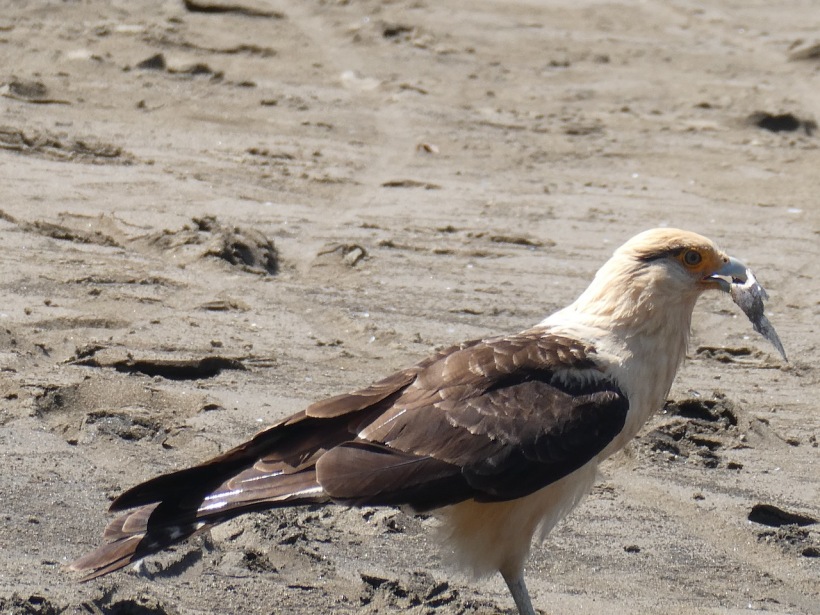 I love the cropped version.

There were also frigates flying in the sky.  I couldn’t get a photo so I took this one from the web.

By the time we finished our walk, it was time to drive to a restaurant for lunch.  It was really hot outside and I was looking forward to getting out of the sun.

The fish I had for lunch was very tasty.  It was served with salad, rice, and beans.  I was very tired from the heat and actually fell asleep for a bit after eating.  We were scheduled to go back to the playa to swim some more.  Randy came up to me and told me that the people in his car wanted to go to a different place after lunch so, of course, I went with them.

We drove to a place called Condovac la Costa – Club and Hotel. Marielos is a member of this club.  What a surprise.  Instead of going back to the hot beach where I could either sit in the shade or be in the sun when I went into the water, I was at the amazing place where the whirlpool was in the shade.  I soaked in the whirlpool, swam in the pool, took photos, and had photos taken of us.

This photo hardly captures the beauty of the views of the beach below us.

Another treat today was to see monkeys (la monas). 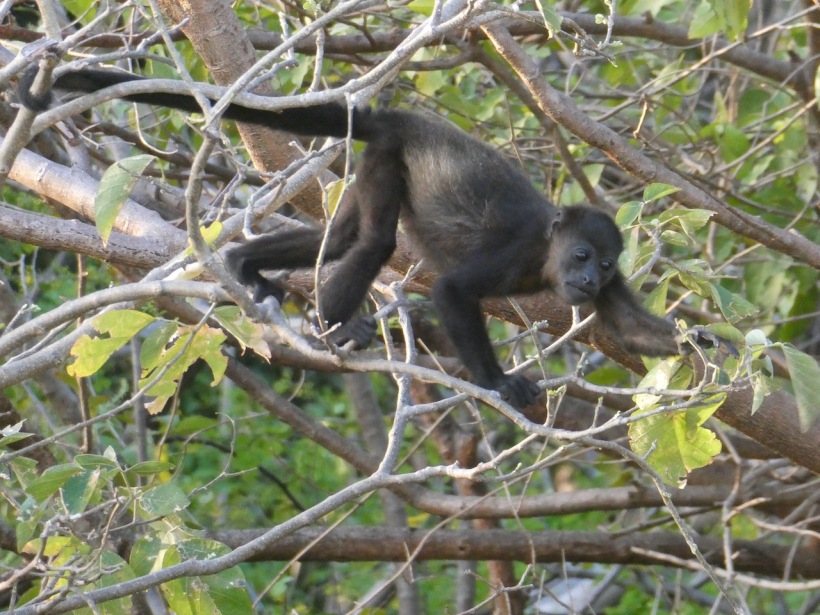 We stayed long enough to see the sunset.

Then we drove to el Coco (a resort town).  The town was very crowded with tourists but Randy found a parking place.  We were planning to have pizza but decided on Peruvian food instead.  To communicate I sometimes used the google translate and but other times Randy made it easy and translated for me. 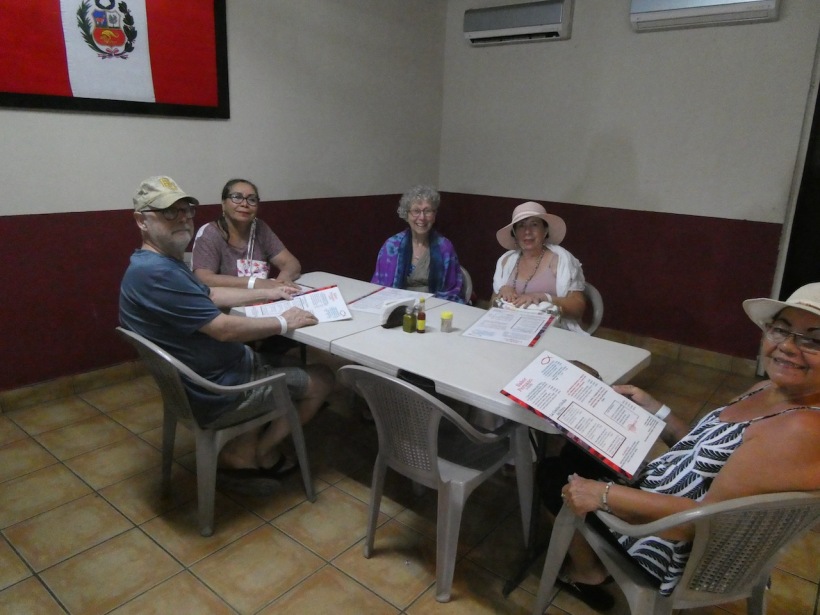 This was an amazingly privileged afternoon and evening for me.  It could not have been better.  I hardly have words to say how much I enjoyed everything about it.  It was wonderful to spend time with Vilma, Marielos, Lucy, and Randy.