We woke up late and had a leisurely breakfast. The ship was still rocking an rolling and I decided to take one of Ellen’s BONiNE pills.  Putting on another patch was not a good idea because another bout with Anisocoria was not an option.  I knew I didn’t have any of the causes listed (direct trauma to eye, concussion, bleedig of my skull, inflammation of my optic nerve, brain tumor, aneurysm, meningitis, or seizures), it was best not to chance it happening again.  I am thankful to Dr, McBride for lowering my anxiety level last night.  Both pupils were totally back to normal this morning.

Our Kirkenes was at 9:00 am but we took a  bit longer than that to get dressed.  We really bundled up because the temperature in Kirkeness was 3 – 4 degrees C but felt like -2 C.  That is not too bad because it is only 28F.

Kirkeness is  near both the Finland and the Russian border.  We decided to go on a short walk on our  own. It began to hail very shortly after we started.

Ellen and Marty stood under a street sign but we were not sure which way we wanted to walk.

It was surprising to see flowers growing in this cold weather…

… The changing colors of the leaves was what we expected.

I have no idea what “Farts” means.  I will have to ask LIv.

We made our way to the Kirkeness Church.  The original one burned down after the WW II.

They used the spire from the original church.

It was a lovely church … 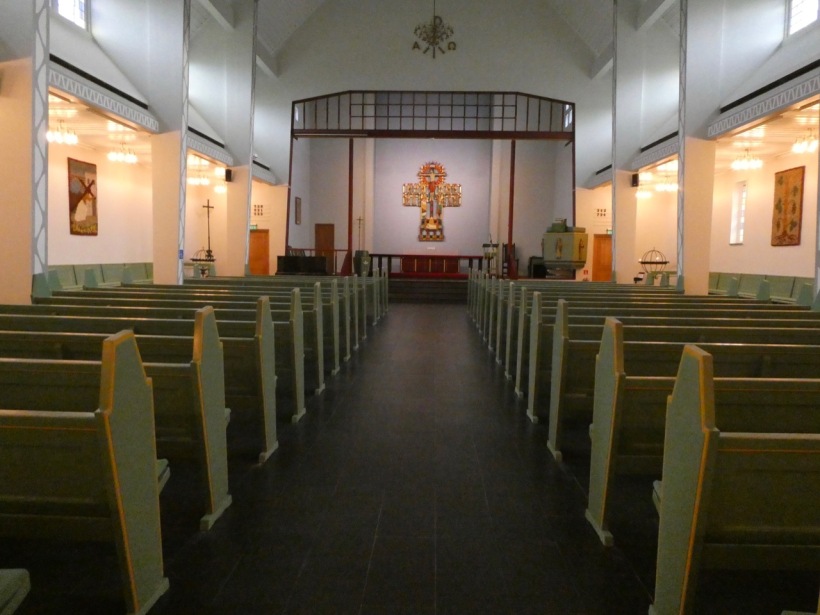 …with a stunning crucifix.

There were many tapestries on the walls. 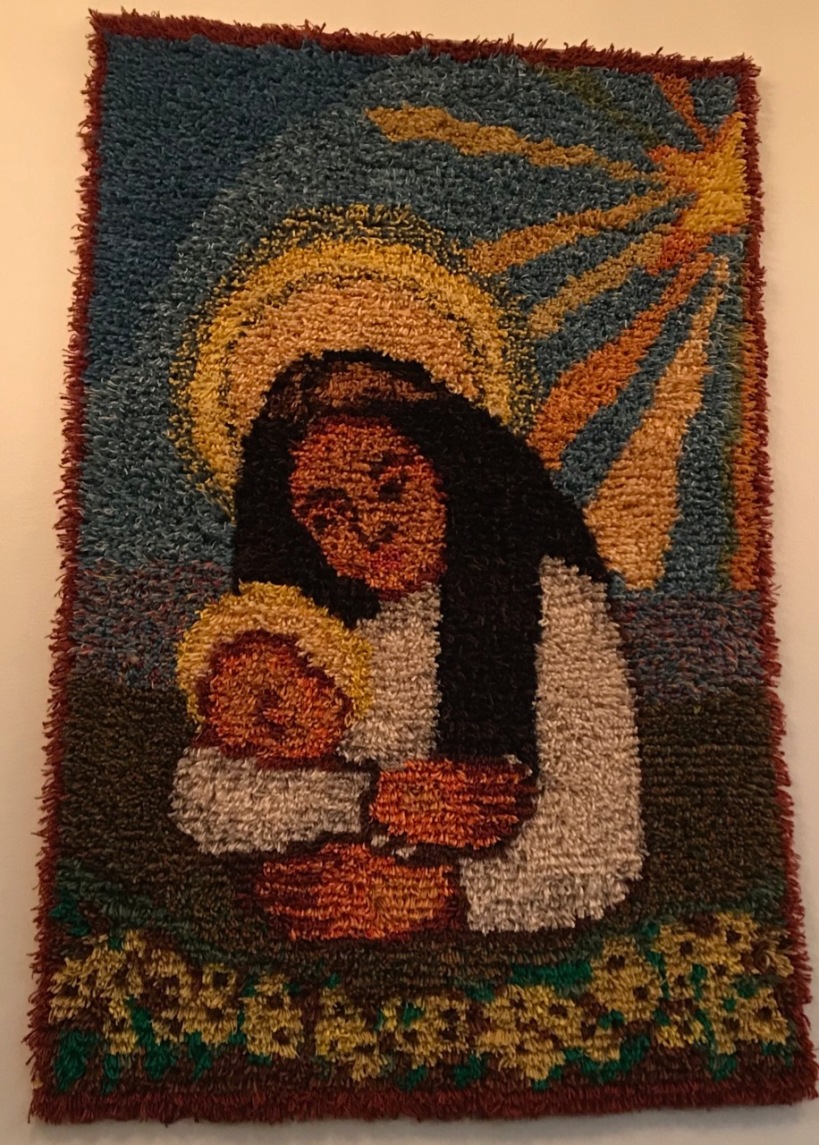 After visiting the church, Marty realized that we had to hurry back to the ship because it was going to be taking off soon.   I took a photo of Marty and Ellen in front of me.

Just when I was getting all of my warm clothing off, they announced to come to deck 8 to see our departure from Kirkenes.  There really wasn’t much to see. 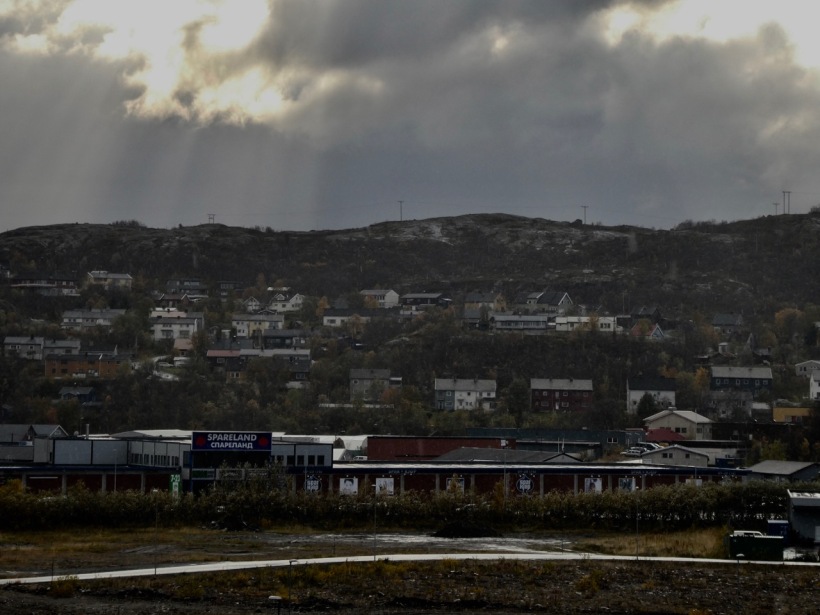 I couldn’t fine Marty and Ellen so I ate lunch with Gerda Dieth (a woman I met on the first day who at 83 years old totally out hiked me.  Water, her husband, joined us.

At 2:00 we went to our astronomy lecture about our Violent Sun and Space Weather.  Even though I don’t get all of the scientific language, John is totally entertaining.  In addition watching the waves splash up over the windows in the rooms where we hear our lectures was great fun.

After our lecture I told Marty and Ellen that Gerda and Water were going to take a walk in town when we landed in Varde because we would have an hour.  So we bundled up again and were waiting in the cabin.  It was getting pretty warm and I looked at the time on my phone.  We were 10 minutes passed the landing time so I called the reception and learned that because of the weather, we were skipping that stop.  There we were all dressed up with no place to go and I had to take a selfie.

We went to deck 4 after dinner to relax with a cup of tea.  Seeing an aurora is not too likely tonight.  When we were docked in Berlevåg, we looked out of the window and noticed that we were having a snow storm but it didn’t last very long.

Many people disembarked in Kirkeness.  They were only on the 1st half of the trip.  I just asked the information desk how many people are still on the ship.  She told me it was between 250 and 300.

Marty, Ellen and I stayed awake and streamed the First Unitarian Alliance meeting at 21:30 local time.  I am so glad we stayed up to see it.  Because of the stormy weather we were not interrupted tonight to see an aurora.  Hoping for another wonderful aurora tomorrow night.