After breakfast we had the opportunity to do a very, very short camel ride.  So several of us chose to take this opportunity. They prepared the camels for us.

We were told that the ard part was getting on an off the camel but we didn’t even have that experience because they provided a ladder. 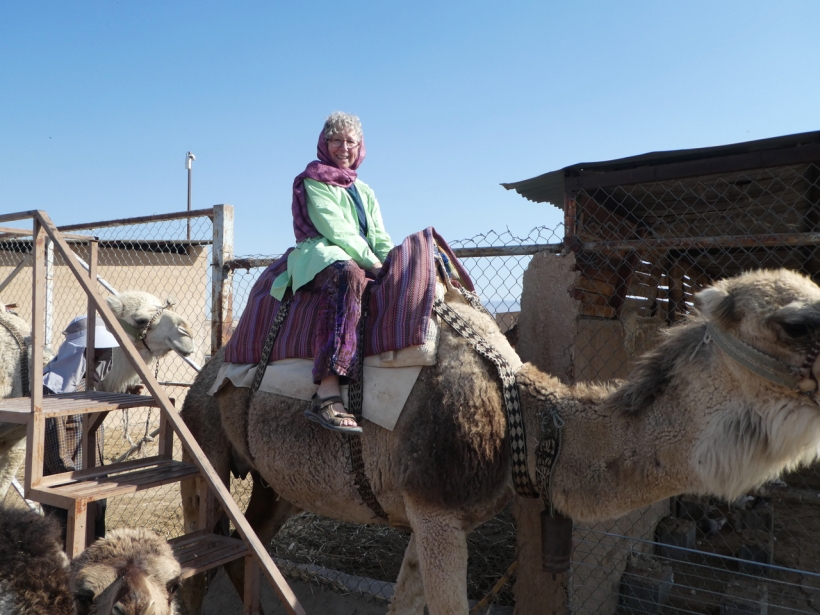 The ride around the eco-lodge area only took about 20 minutes. 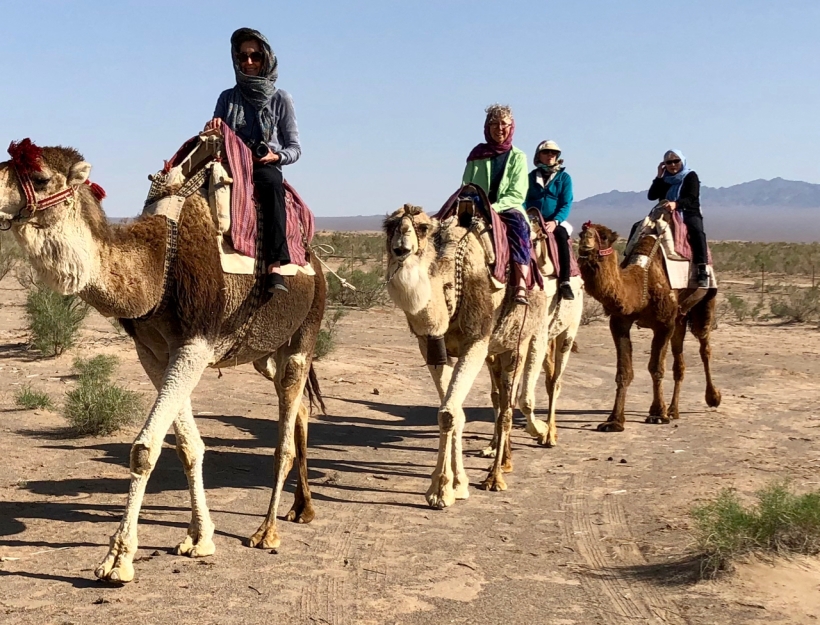 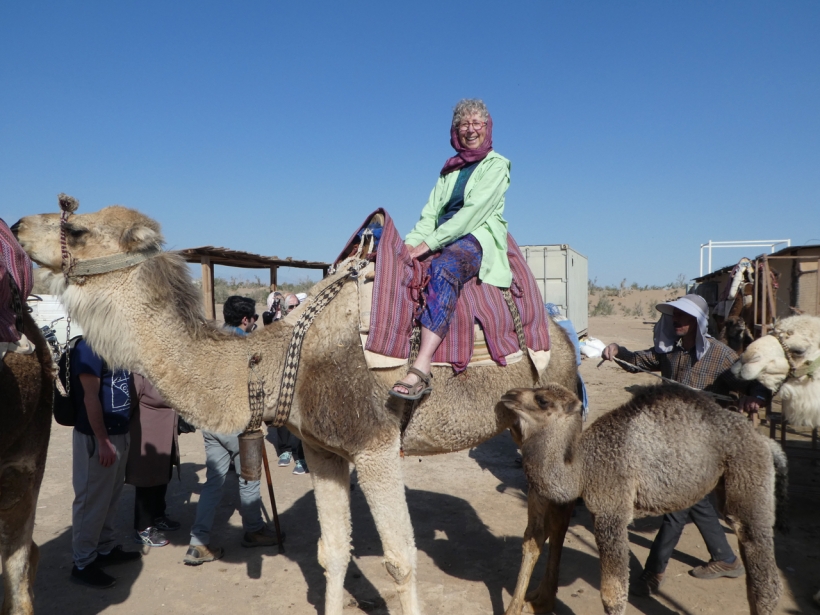 I guess if I am going to really experience a camel ride, I will have to do this again someplace else although most of the people who have done this told me that this ride was enough.  After the camel ride we took a walk around the organic gardens and tasted some of the herbs.  They raise Ostriches.

It was pretty funny to be driven out into the area so we can walk in the sand.

I had to take a photo of my feet in the sand.

Karen, Diane, and I  took a couple of  photos of each other.. 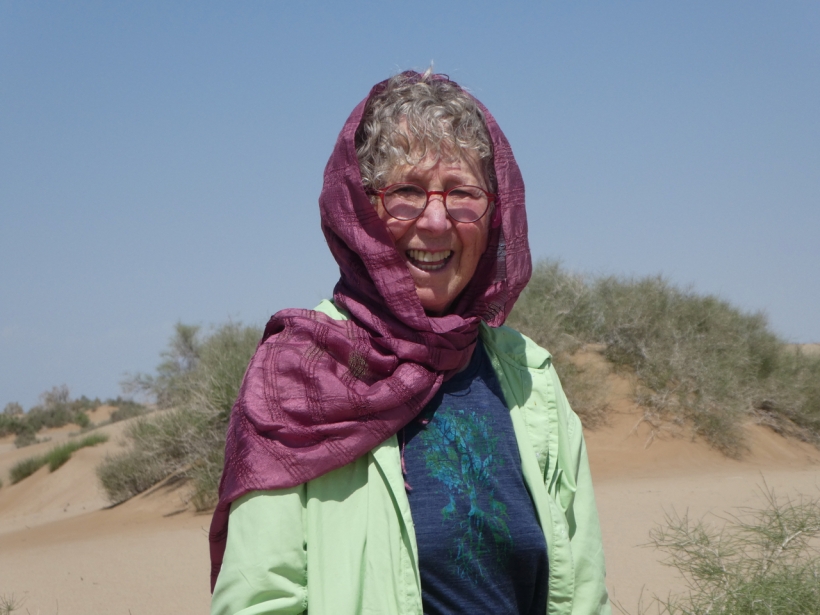 On the way to Qom, we stopped for lunch. The bus was not able to drive through the narrow streets to get to the restaurant.  Yay.  I loved wandering through the streets taking a few photos. 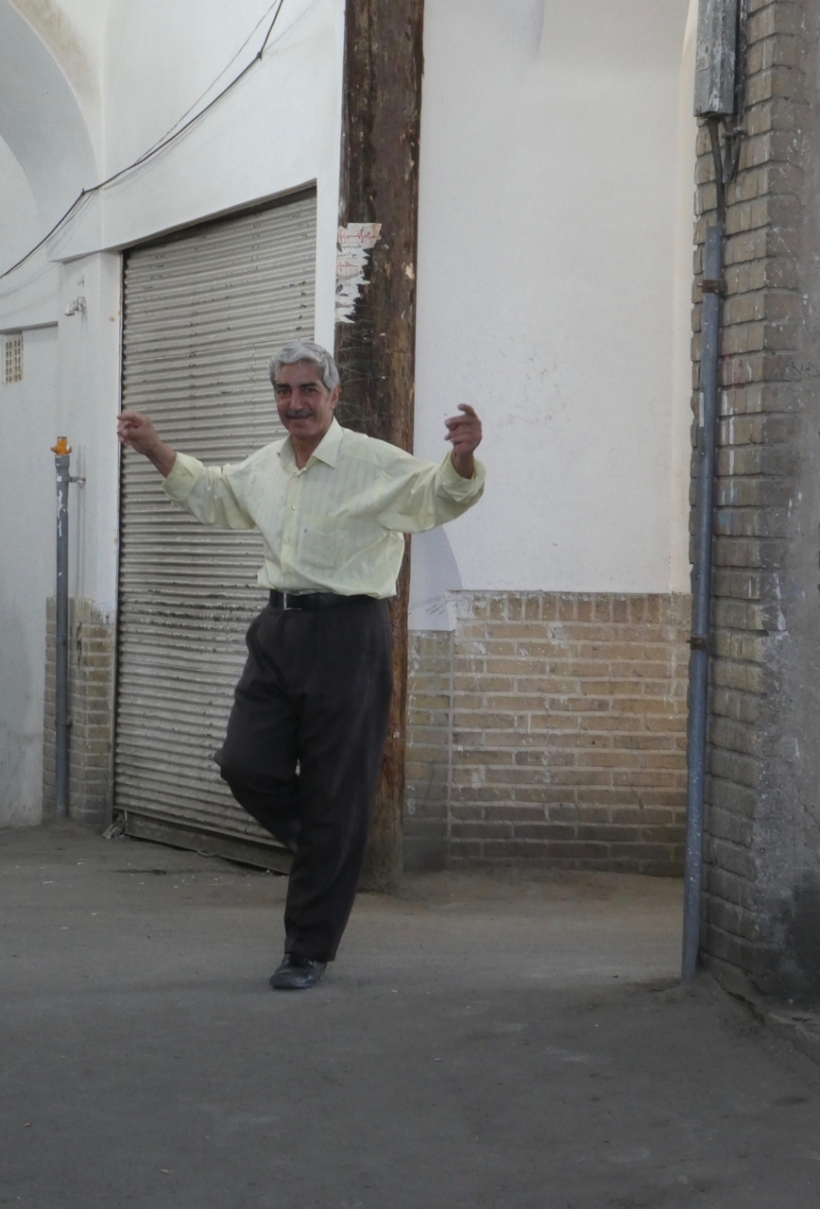 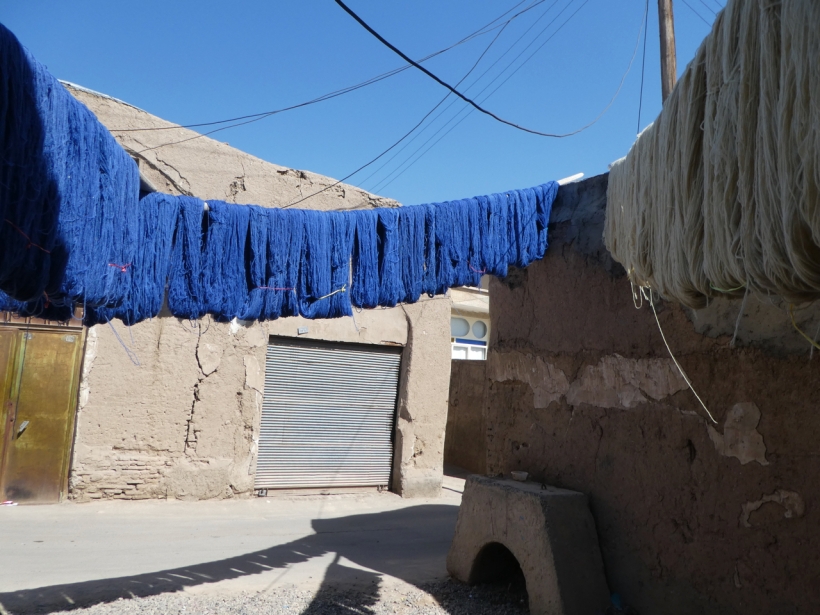 Oops, don’t go down this street.

There was a beautiful garden next to the restaurant.

That is were we  lunch celebrated Karen’s birthday.

Naderah was a little mixed up on our way back so we were able to walk a little longer.  Yay.  A man with bread on the back of his bicycle showed us the way. 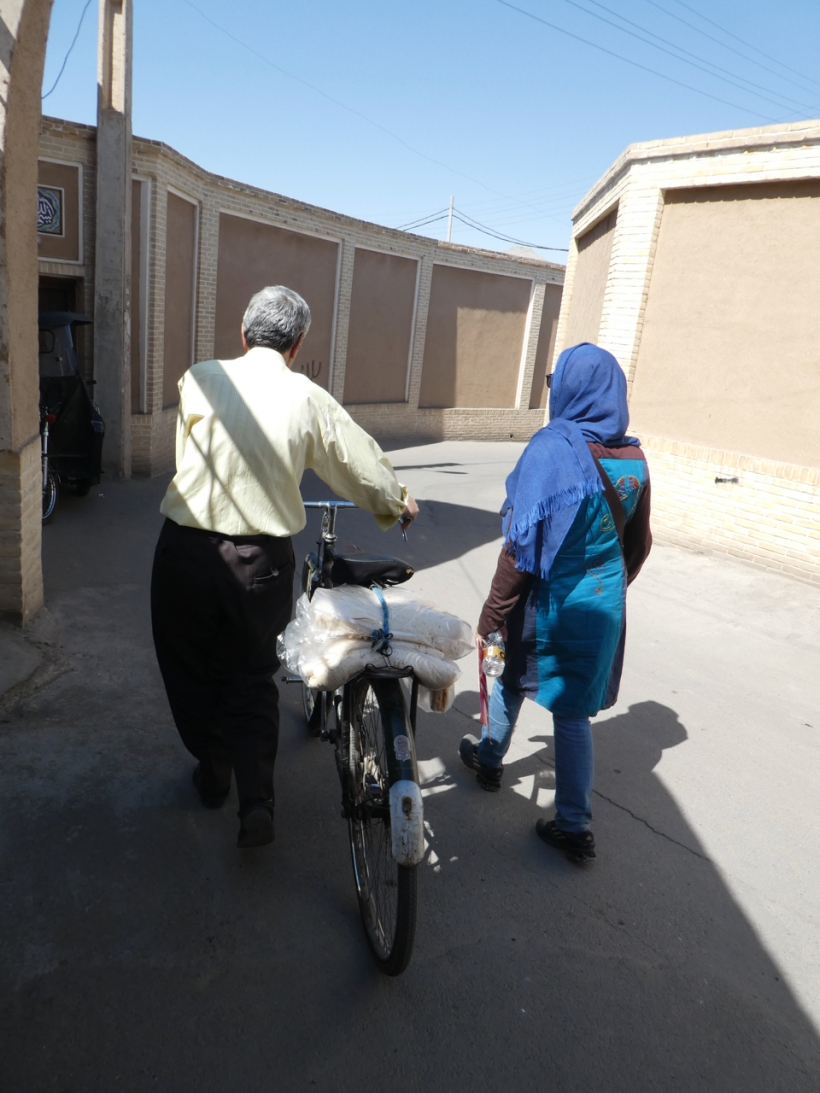 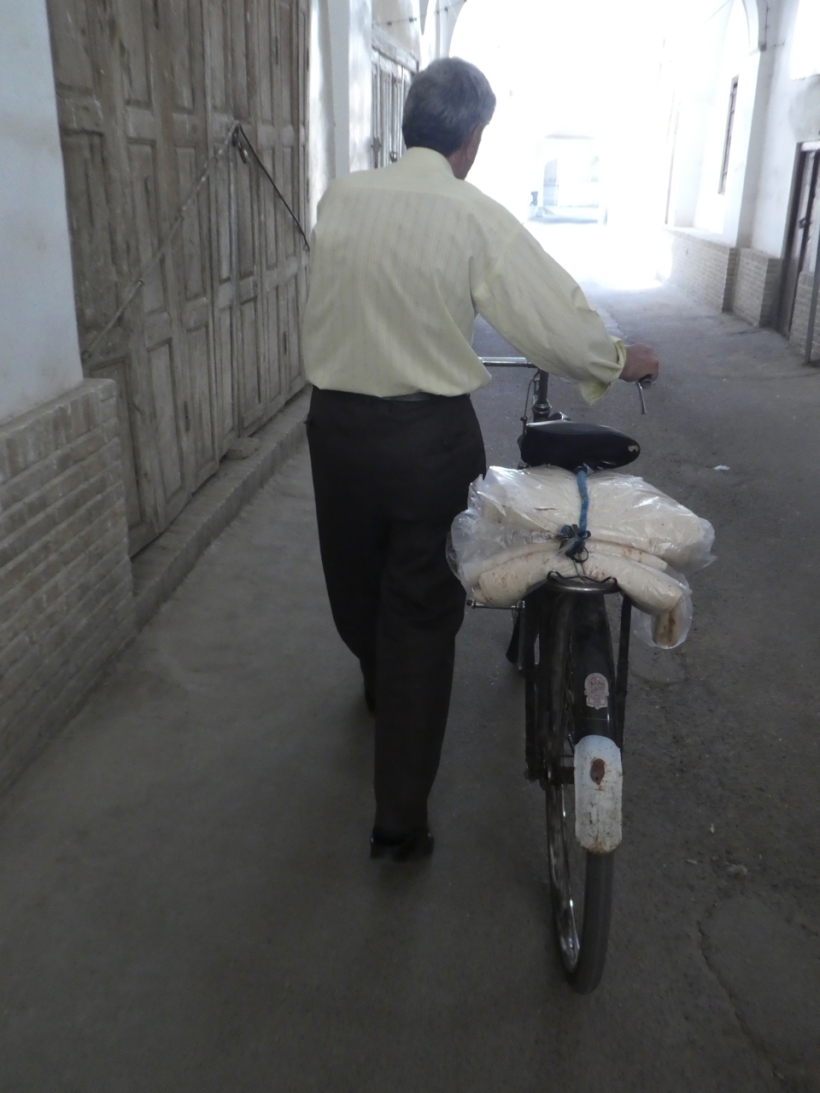 Then back on the bus and on to Kashan, the City of Carpets and Roses to visit Fin Garden and Tahatabaei House.  As we were walking we passed a man was selling rose garlands. 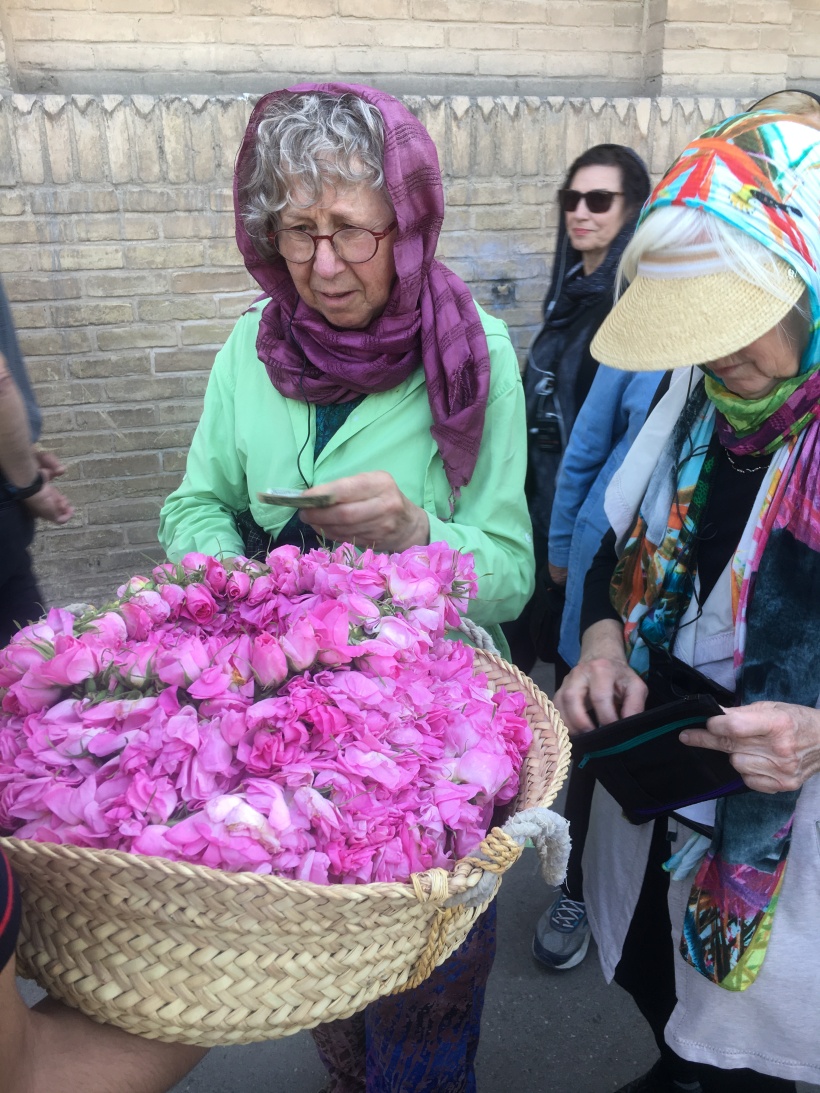 We purchased one for Karen for her birthday.

The Fin garden is a historical Persian garden  Although the site is surrounded by a desert landscape where water is scarce, inside the walls of the garden jubs (canals, pronounced ‘Joobs’) flow with abundant beauty.  The water originates from the aquifers of the Karkas mountains and is carried by an underground qanat (aqueduct) to a reservoir about 1.5 km from the garden.  There is sufficient gravity pressure to bring the water to the fountains. 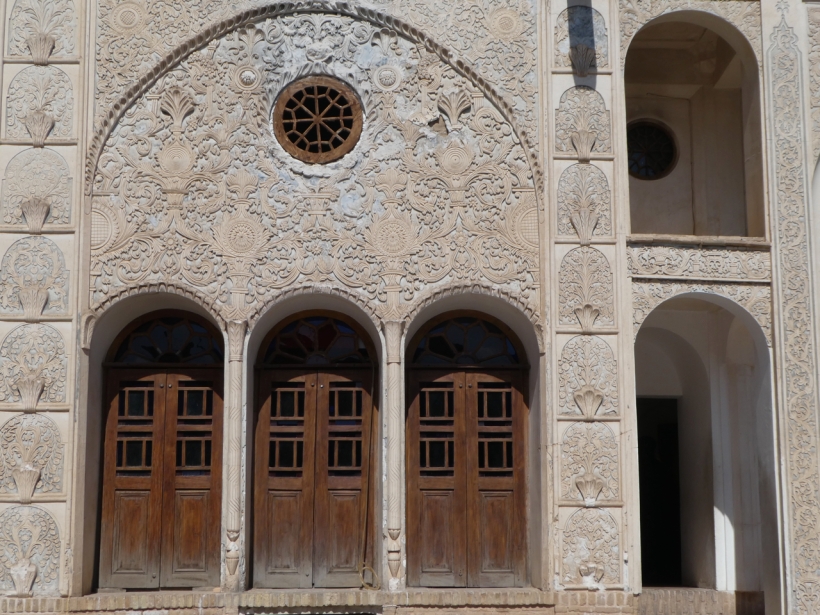 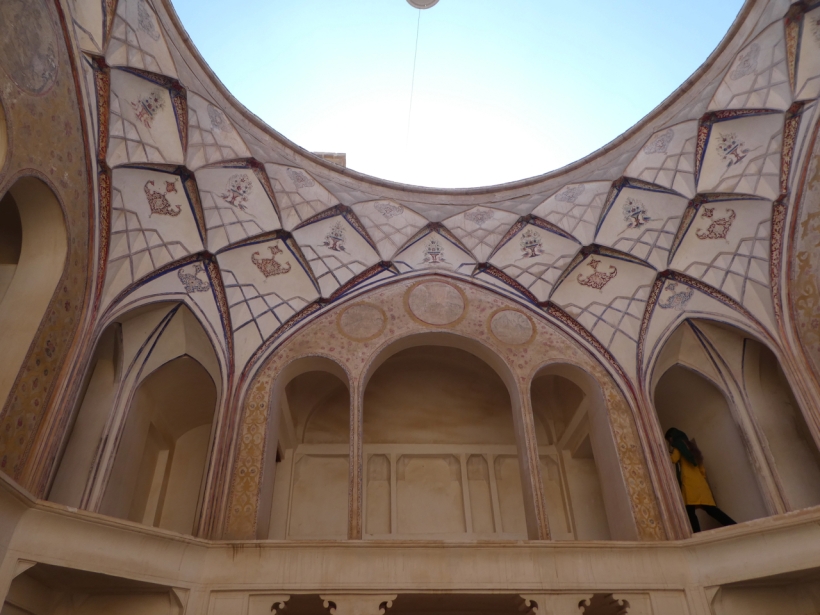 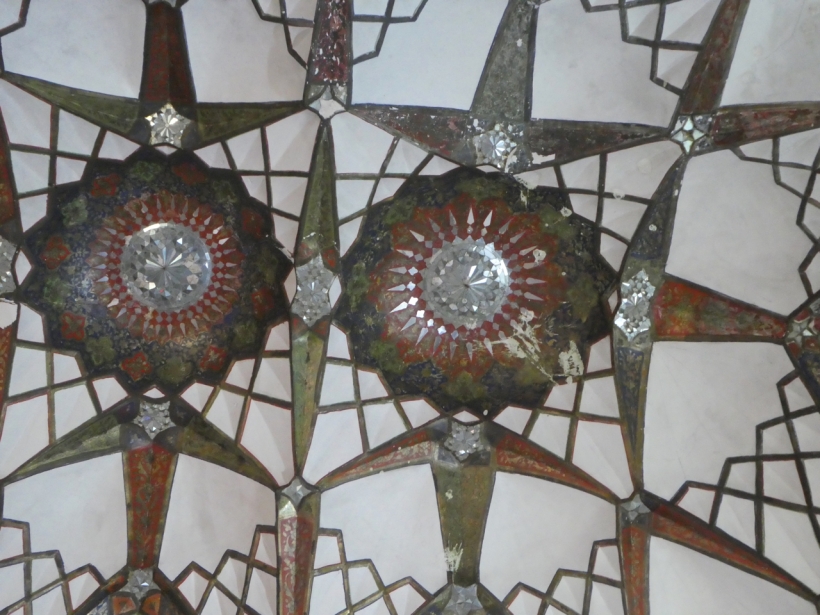 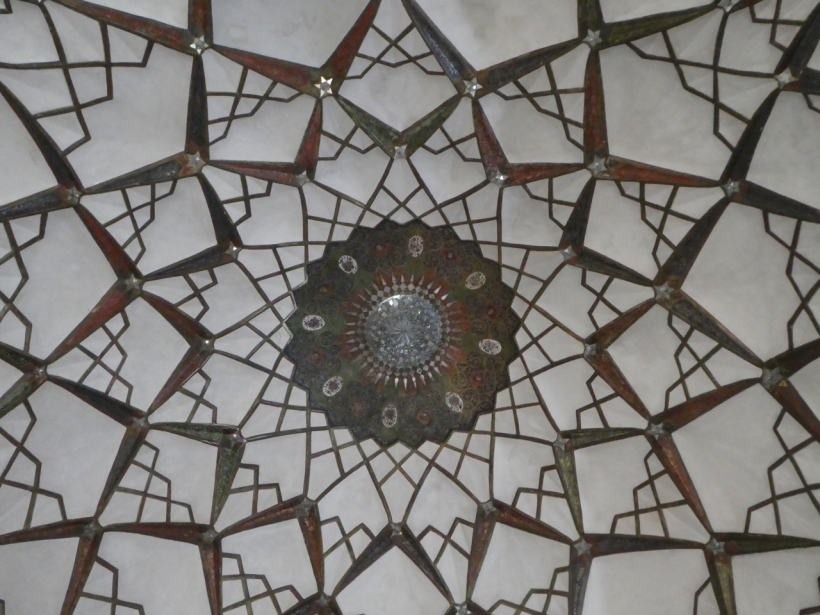 I loved watching the children play in the water. 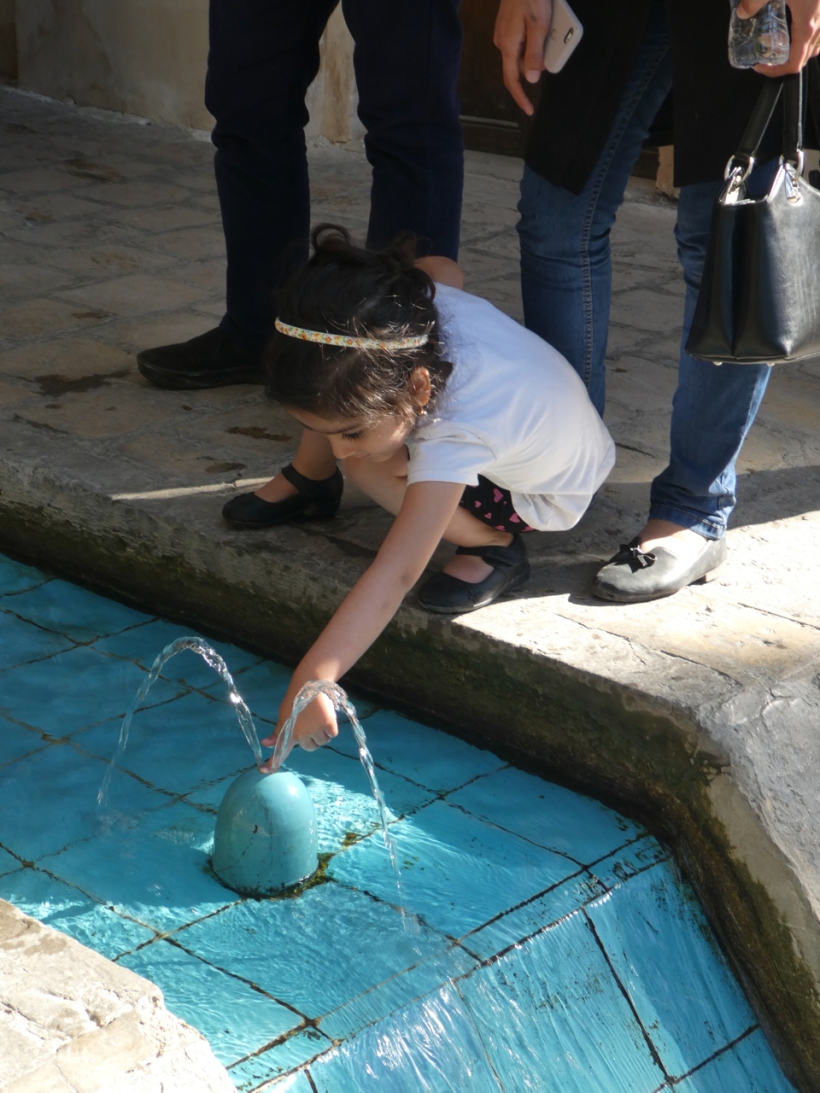 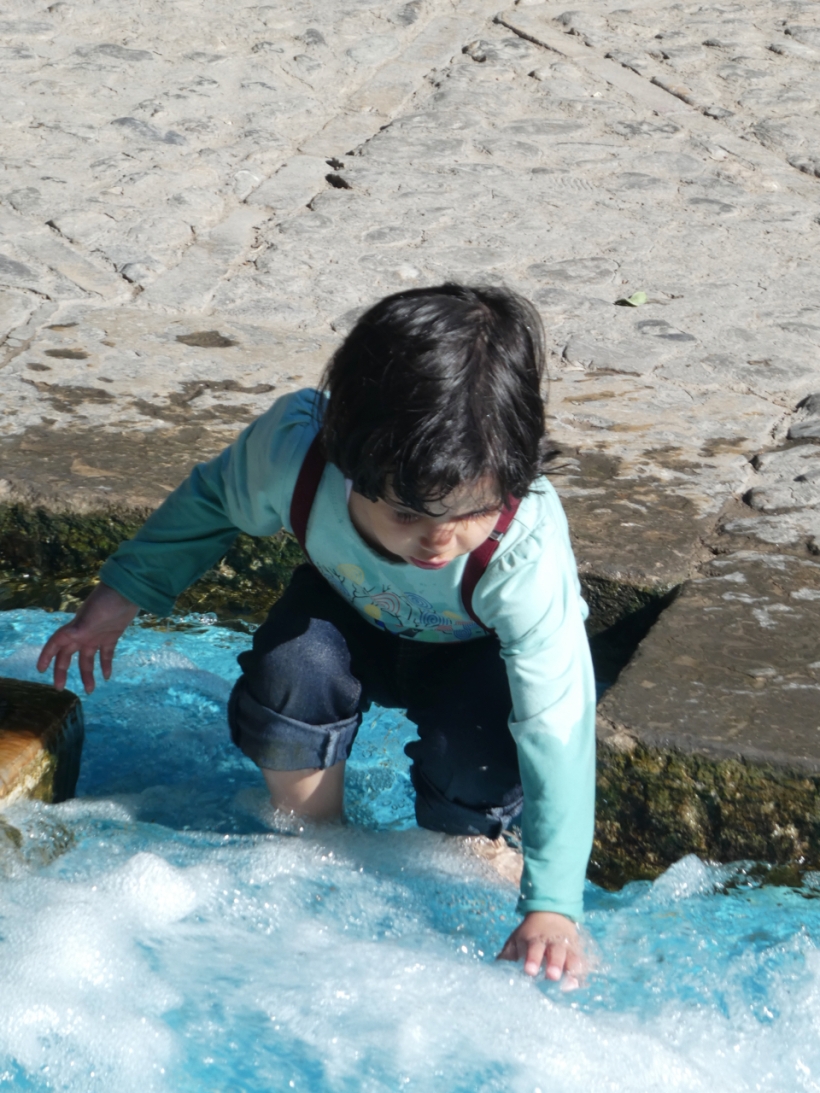 As we left the Gardens Karen gave her rose crown to a little girl and we had our photo taken.

The drive to Qom was very, very crowded with traffic.

Naderah said we had to switch to a city bus because they wouldn’t let us drive the tour bus into the area. It was not what she was expecting.

Sami and Forod had to transfer all of the luggage to bring to us later. 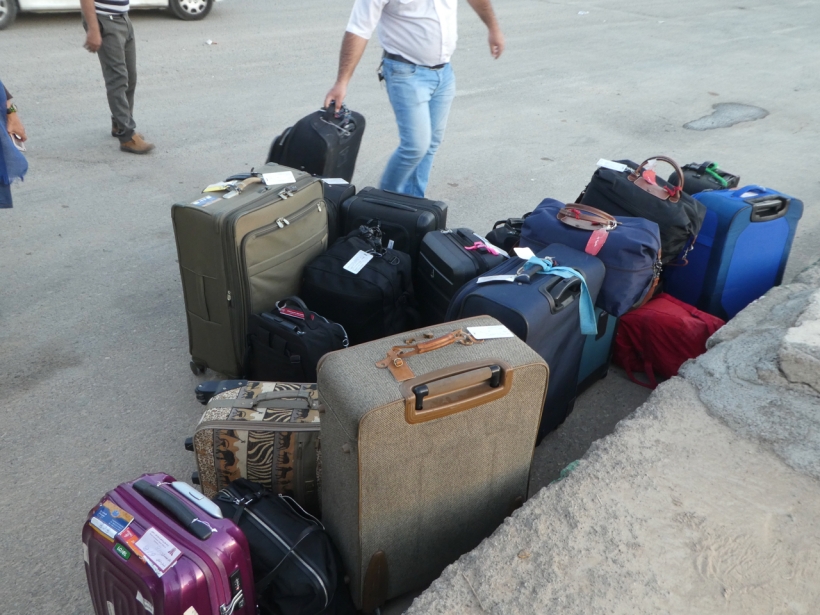 I was a bit disappointed because I thought we were actually going to ride on a city bus with local people, but it was our own bus.

It would have been fun to ride the real city bus with all of these people.

Qom was going to be a beautiful place to visit.

Our evening was spent inside the Qom International Hotel because, of course, we were not allowed to wonder on our own.  Bummer.