We found out that they were going to bring cows down from the mountains to Lauterbrunnen today so we took the train and tram down this morning. We got there at 9:30 which gave us time to walk to Staubbach Waterfall.

I took a photo before we walked up to the falls. 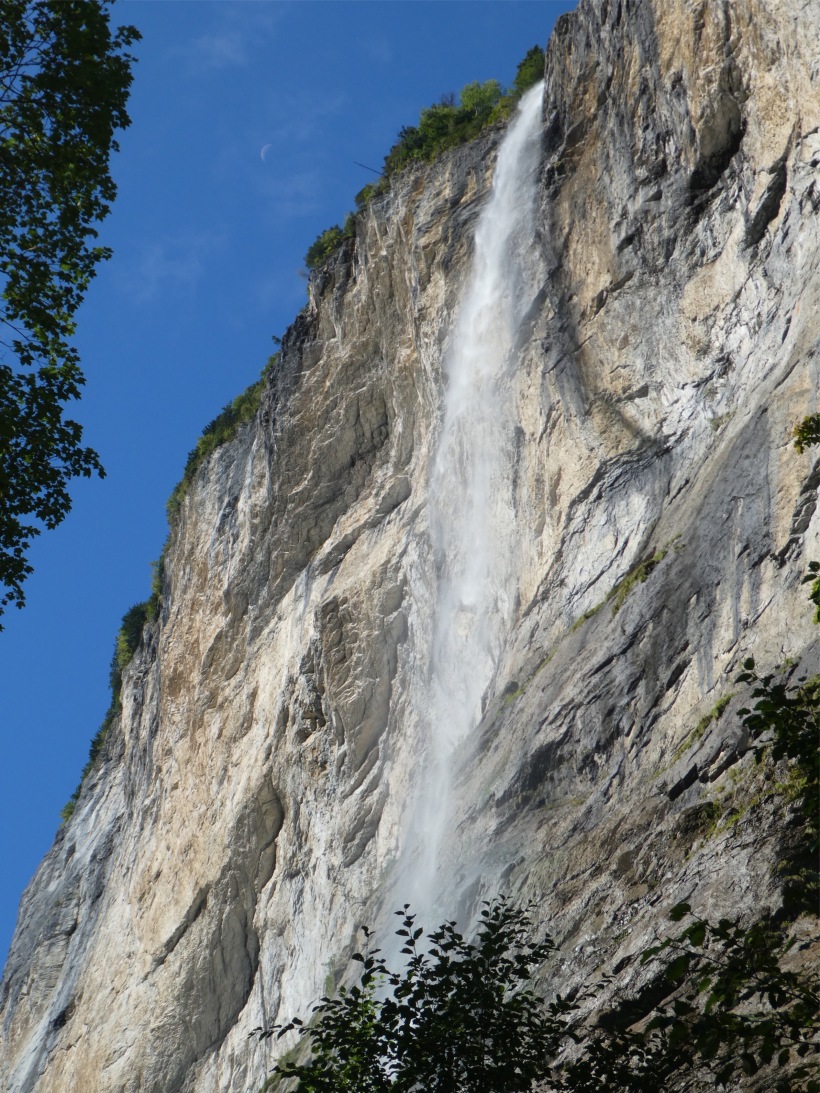 We were able to walk behind the waterfall and I took photos from the side. 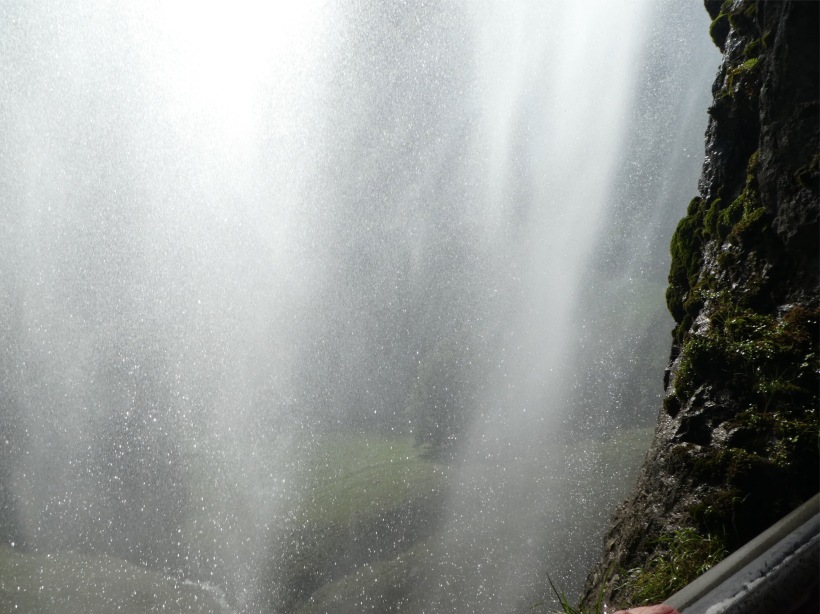 I took a photo of the cemetery below us as we were walking back down.  The flowers at almost every grave were beautiful.

After we walked down, Shirley took a photo of the waterfall with the clouds forming above it.  The clouds were moving across sky.

This is one of my favorite cows from today. 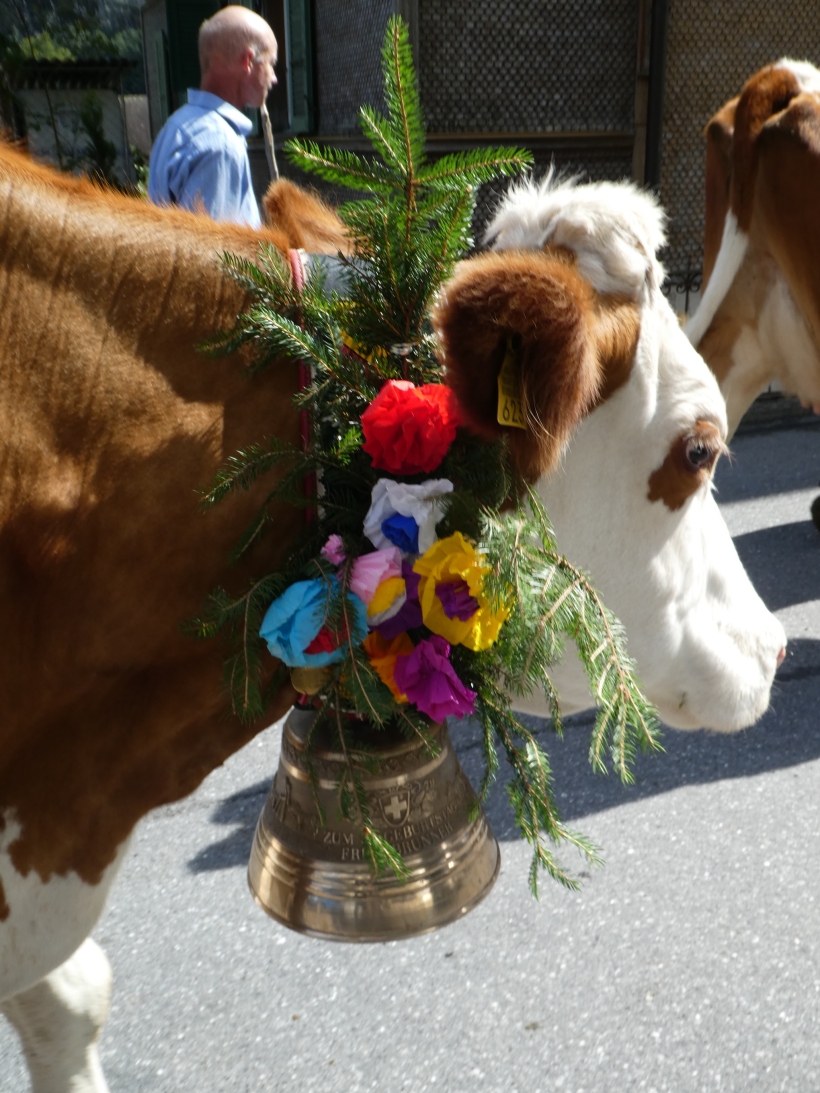 I had so much fun seeing them and had to run along with them until they were put into the pasture right near Staubbach Waterfall. I put most of the other photos into collages.

Here are 3 of the young people who helped bring down the cows.

I talked for a bit with the people who brought the cows down. Some of them were putting something on the back of their hands and seemed to be smelling it. I thought it was something sweet-smelling so I asked them what it was. They asked it I would like to try it and I did. It turns out it was just some kind of Apricot Snuff which they called, “Schnupftabak.” Here I am trying it. 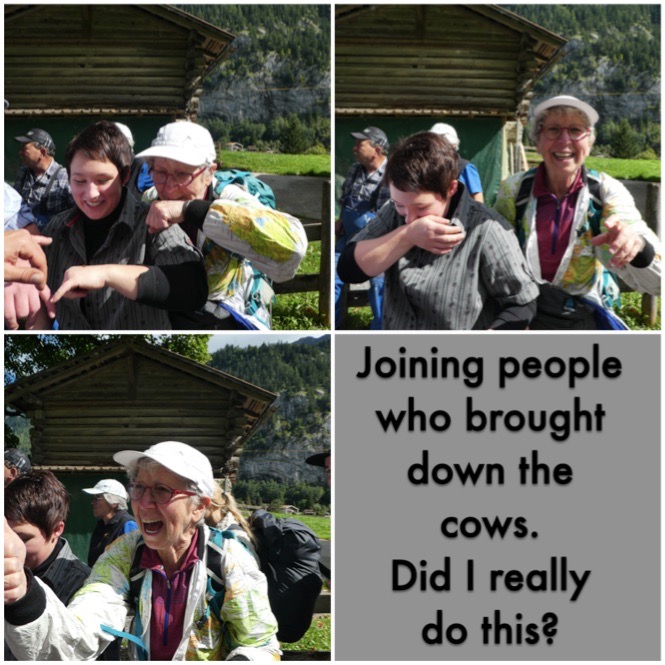 I had so much fun this morning. We were lucky to be here when they were having this event because we had heard that it usually doesn’t happen this early in September.

I also took a couple of videos of the cows.

After the parade of cows Shirley and I took a bus to Stechelberg so we could hike uphill and get closer to Schmadribach which is a waterfall we had seen a couple of days ago from a distance.

We saw many hang gliders today. I just love these 5 together close to the cliff.

These are the photos taken on our hike. The river we were walking along was another of the Lüutchine Rivers. This one is named after the Schmadribach. Apparently there are 5 of them. I love these rivers. 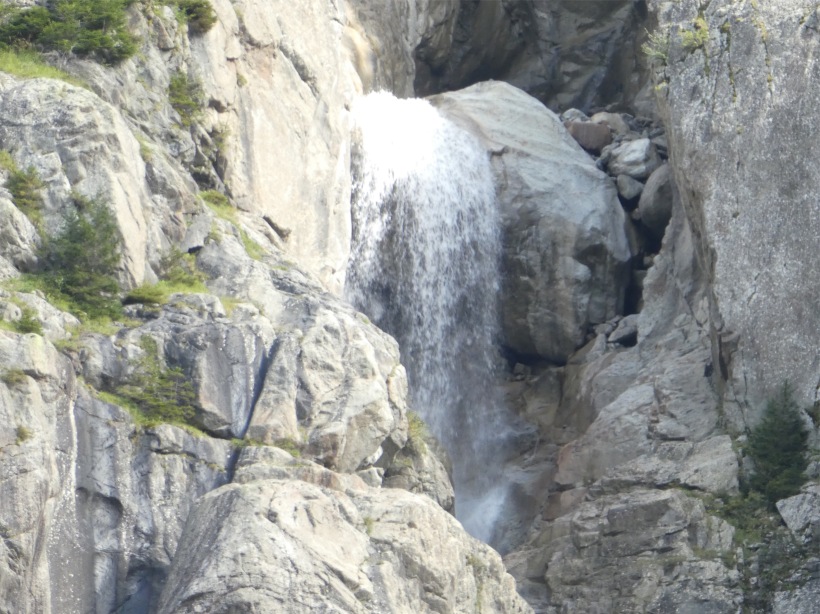 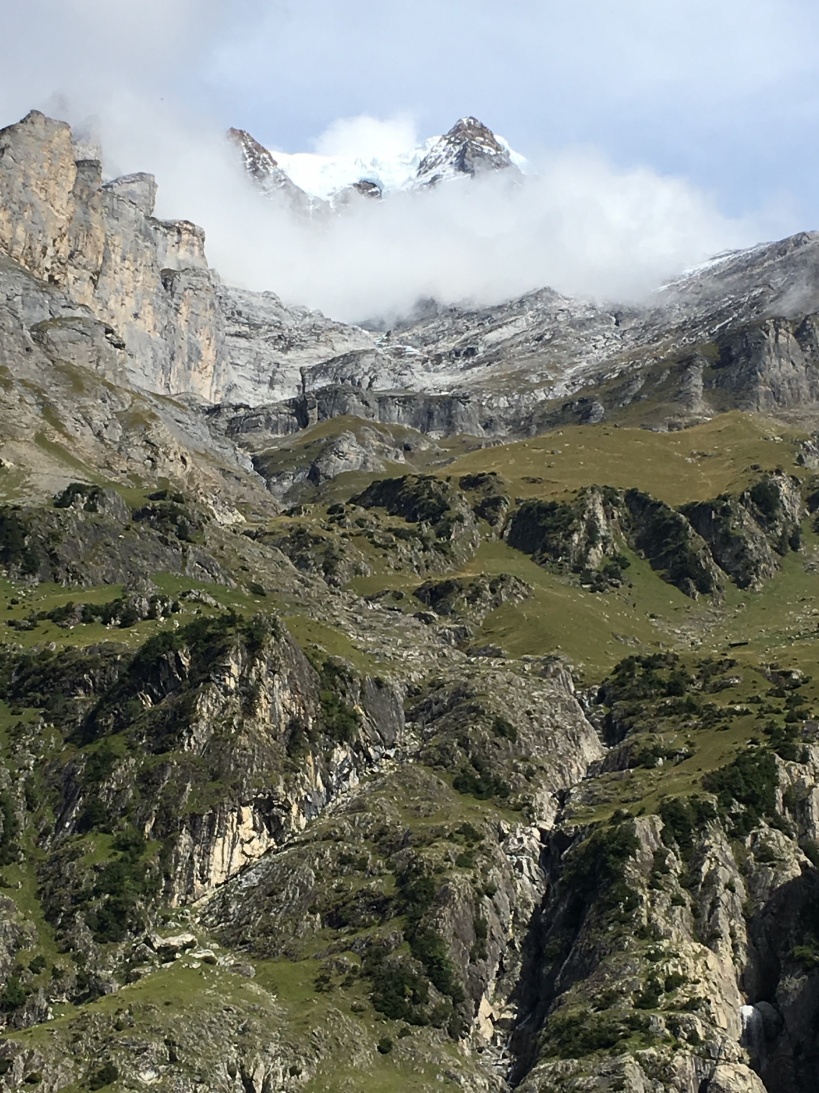 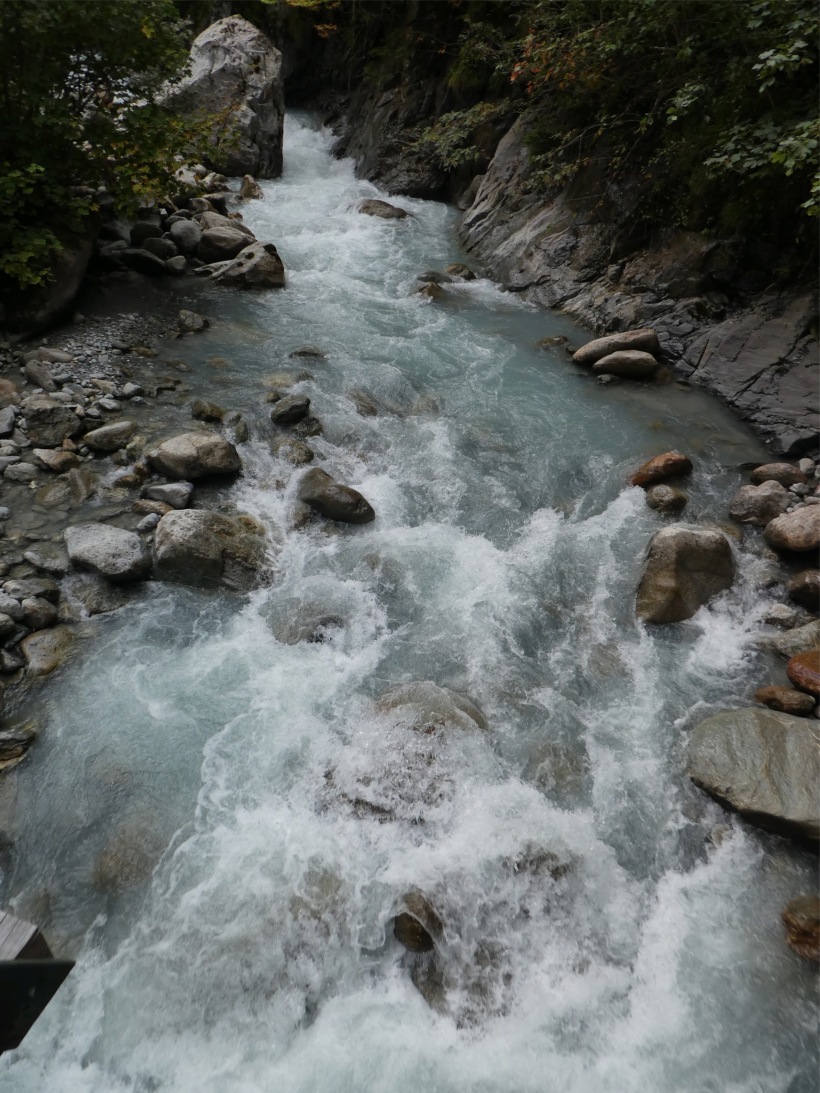 We had Raclette for lunch.  It was served with curried pumpkin pieces that were absolutely delicious.

We tried to hike high enough to see the whole Schmadribach but did not have enough time.  Besides, we were pretty tired from going uphill the whole afternoon.  So this photo is just the top of it.

We are really going to miss this area of Switzerland. Before we left Portland, many people wondered why we were planning to spend 9 days in the same area. We barely touched the surface of all the wonderful hiking around here. I absolutely love Murren and our wonderful view of the Eiger, Jungfrau, and Mönch from our room at the Eiger Guest House.

It is hard to believe that we really only have 3 more days in Switzerland.