The weather in W.A. is much cooler than I expected it to be,  I have plenty of warm clothes to wear; just surprised.

This was a day of relaxing.  After breakfast, (at 11:00 am )we went to the Sea Garden Café where Jan, Rose, and Lyn had coffee and I had a milkshake.   We watched the waves in the Indian Ocean through the windows as we relaxed with our drinks.

Recently, the new owners of the café put out a request for surfboard donations to build the biggest surfboard fence in W.A. Many locals are bringing old boards to him. The longest surfboard wall is in Hawaii with 876 boards. An article in the paper stated that owner said he would have to swap coffee for the old boards to “help break the record.”

We drove to Ellensbrook Homestead

The homestead was built and owned by the pioneer Alfred Bussell who first settled to set up a family beef and dairy farm. He named the area after his wife. The Wardandi (local Nyungar Aborigines) knew it as Mokidup. On the property is a walk to a small waterfall and a cave where the spirits of Aboriginal lovers (Mitanne and Nobel) live. The Aboriginals know this sacred place as the “bathing place of the Moon.”

They now call the falls, “Meekadarribee Falls.” The path was lovely and the cave and peppermint trees that arch over the limestone cave behind the waterfall surround small falls.

Both on the way to and the way back from the cave and waterfall, we saw a black skink sitting on the wooden railing. There were two adult skinks and several baby skinks. I get so excited when I can take photos of wildlife. 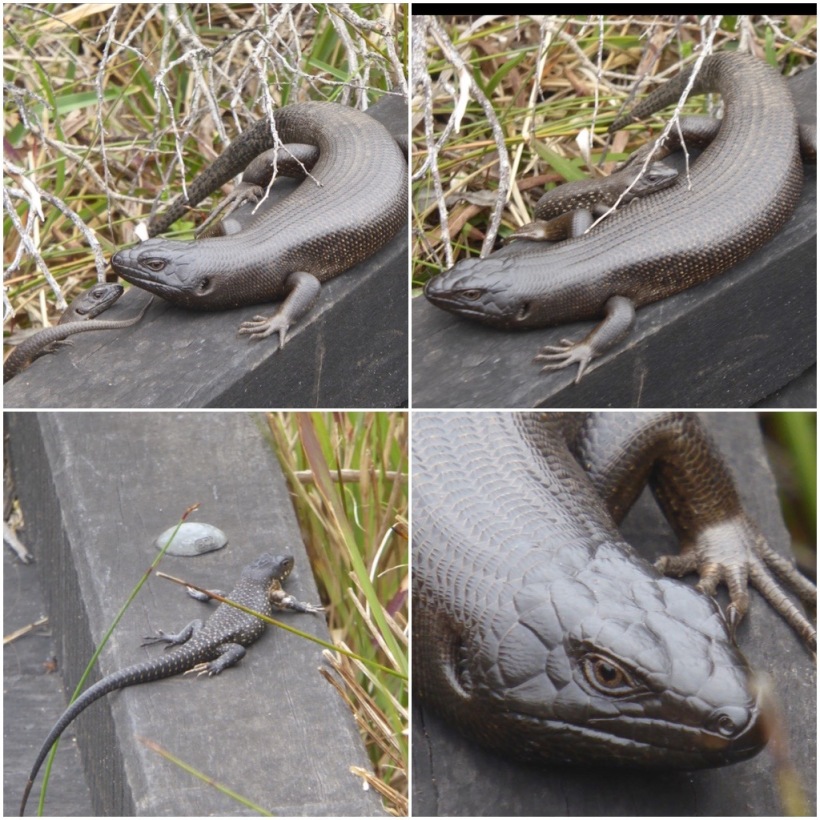 It was about time for our lunch and we went to the Vasse Felix Winery. It was established in 1967 as the very first winery formed in this area. The building was very stunning and I loved the stonework.

The restaurant was closed to the public because they were hosting an event. So we chose to go to the bar and have Charcuteririe (a selection of cured meats), cheese, crackers, pickled watermelon, olives, raisins, jelly + more and a bottle of red wine. 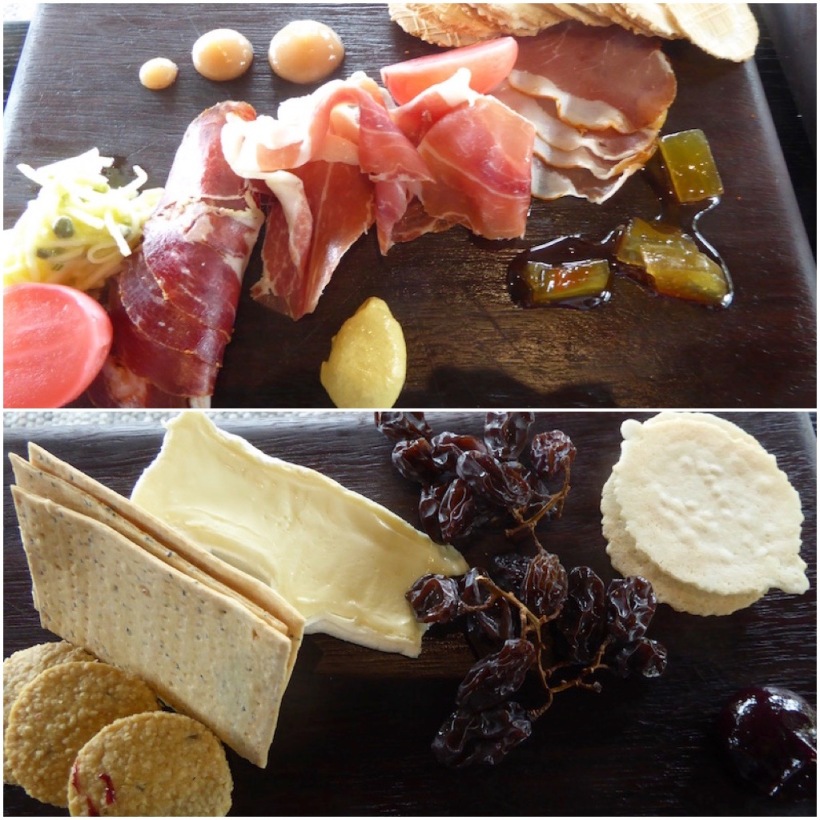 Our last stop for the day was at a very pretty garden show in a local’s home. The purpose of the show was to make money for the local school’s organic garden.

This was a very relaxed day. We returned to Jan’s home by 4:00 and relaxed for the rest of the day. I don’t usually relax much on vacations.

By the way, those Bull Ant bites are still swelled-up. There are about 6 of them. They are not painful but annoying. Hopefully they will disappear by tomorrow.