Another amazing day!  I walked across the street from Las Dunas Hotel in the morning to see this view across the lake.

Pat, Jane, Andy, and I opted for a different tour from the rest of the group. We took a bus (and saw wonderful cloud formations)…

…which took us to the Catamaran for a 2 1/2 to 3 hour boat ride on Lake Argentino. It is the largest lake in Argentina.

We were excited about this adventure.

Although I was already missing Antarctica, the view here were wonderful. 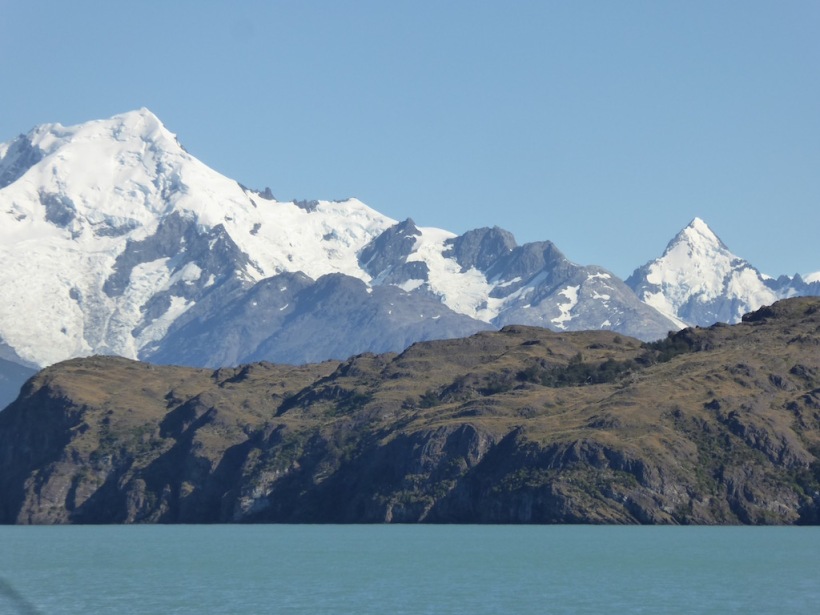 There was a lot of floating ice in the lake and the blue color was vibrant.  You would think we had our fill of floating ice and icebergs, but I loved seeing every one of them.  They were mostly, of course, scaled-down versions compared to Antarctica. 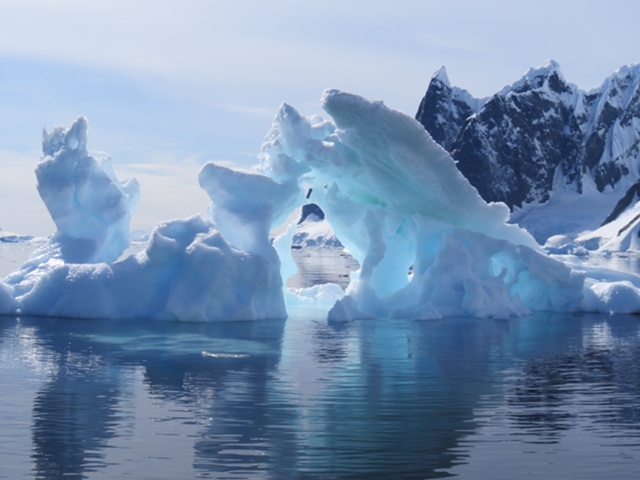 I actually got a photo of a Kelp Gull.

From the boat we saw where Upsala Glacier came down to the lake. We couldn’t actually go right up to the edge of it.

When we got off the boat we were picked up in a  jeep. There were 11 of us in this jeep. Here are Jane, Andy, Pat, another couple, and I before we departed.

We had a 45 minute drive over rough road before we began our hike.

The trail twisted and turned with spectacular views. 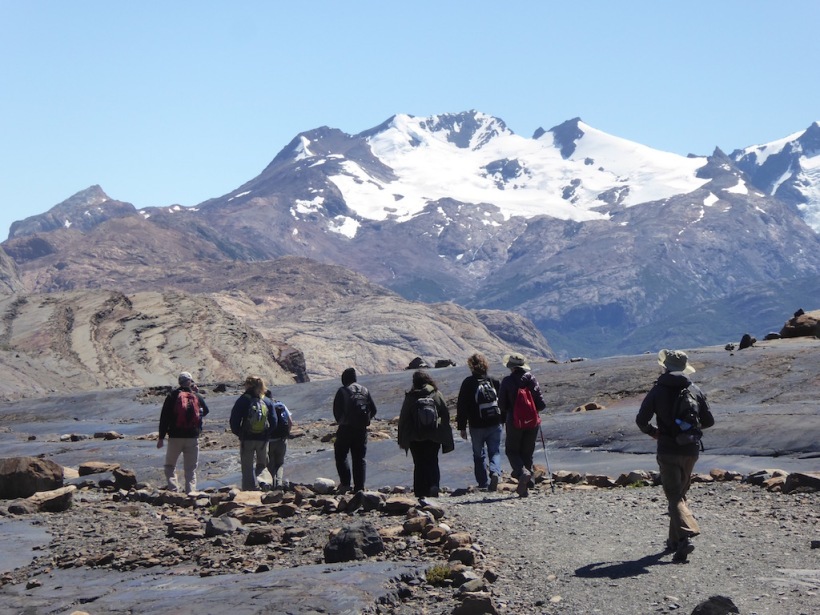 At one point I stopped to change the battery in my camera and missed that the group had made a turn.  I saw them down below me and reversed my steps to get to them.

We paused by one of the upper lakes.

We continued along the switchbacks and path by more lake views. 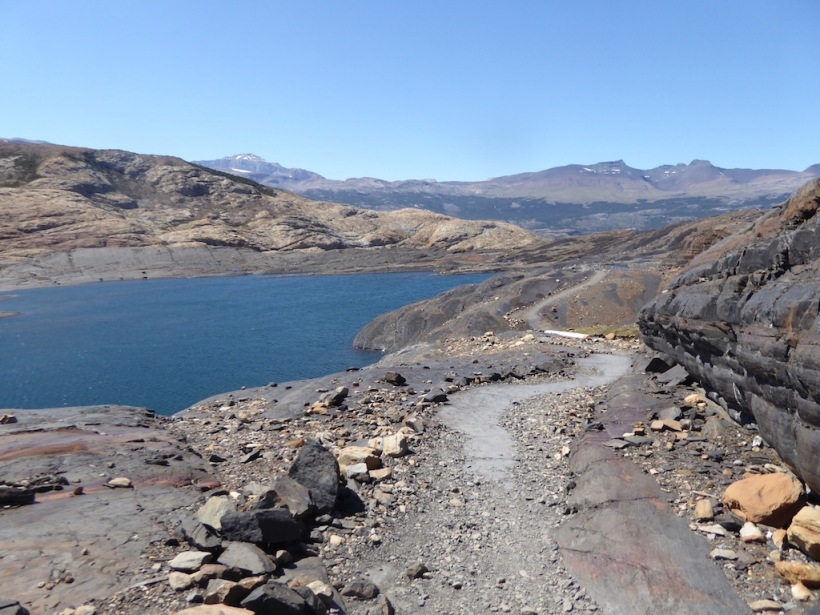 The views of the glaciers made this part of our hike well worthwhile. 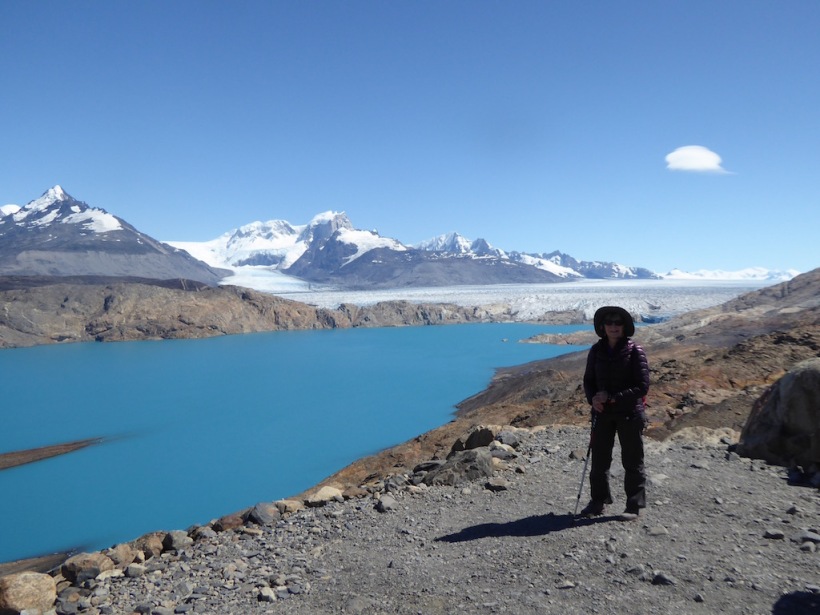 I took this panoramic view.

One fascinating thing was that in 2010 so much of the glacier had broken off  so that the ice in the lake made getting to the hike we did today impossible.

Another unbelievable thing was to see photos of the size of the glacier in 1928. It is so amazing to see how much of it has disappeared .

The hike was definitely not easy. It was 3:30 before we stopped for lunch on the rocks.

We didn’t take much time for lunch because the guide told us that we had only gone 3 1/2 km so far with at least 11 more to go.

We had to walk over down some loose rocky paths and and shale.

There were fossils in the path.  These are Belemnite fossils. Belemnites were animals that lived in the sea. They are now extinct. A fossil Belemite is usually the guard, the back part of the shell and looks like a dart or bullet. 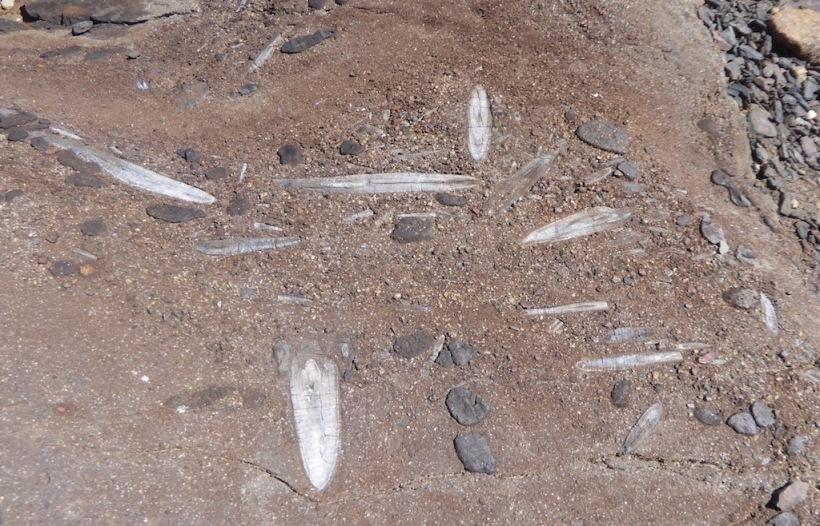 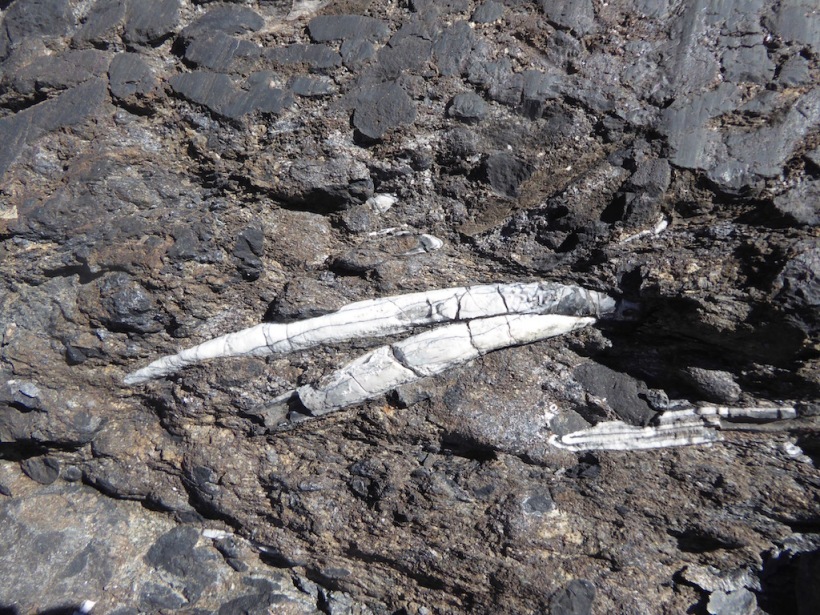 These are Ammonite fossils.  Ammonites are perhaps the most widely known fossil, possessing the typically ribbed spiral-form shell. These creatures lived in the seas between 240 -65 million years ago when they became extinct along with dinosaurs. 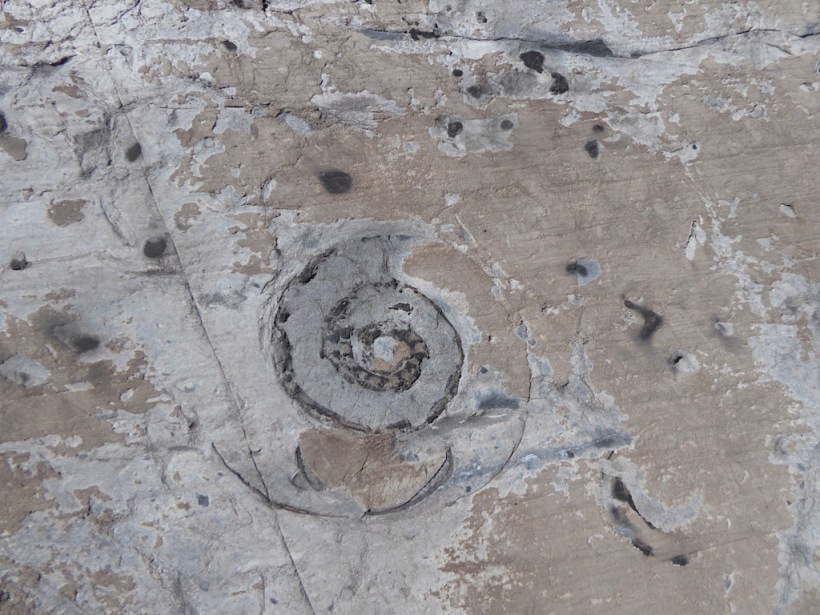 We also saw fools gold embedded into the rock.

I always like seeing birds and this hawk was no exception.  It landed right near us.

The variety of landscapes walked through was very surprising. Sometimes it felt like we were in high desert.  The color of the rock formations was absolutely stunning. 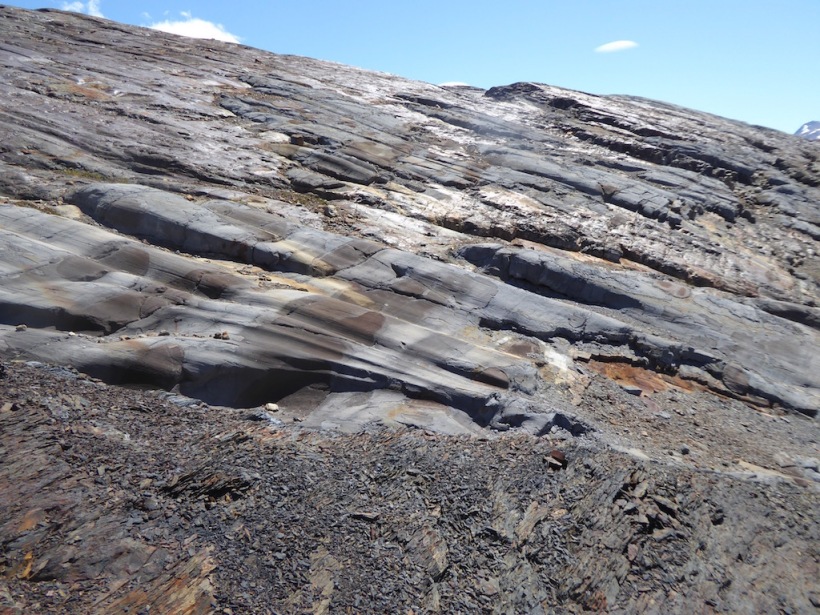 This  bolder that had broken off was so beautiful. 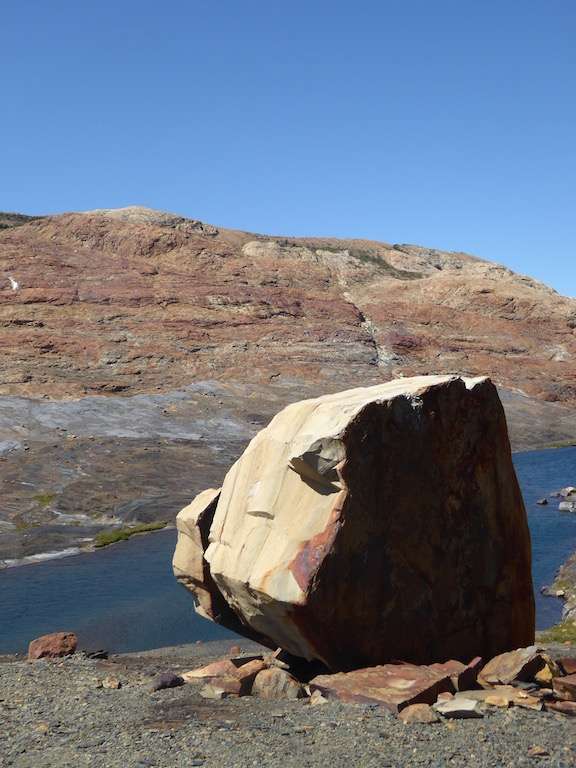 I loved this cloud formation.

After we made it through the rocky paths, we walked though grassy fields.

The guide told us that these steer were wild and to stay clear of them.

We never took a break for the rest of the hike.  We finally arrived at this bridge where Andy was waiting for us. There was a water wheel at the end of the bridge.

Andy took a photo of us. 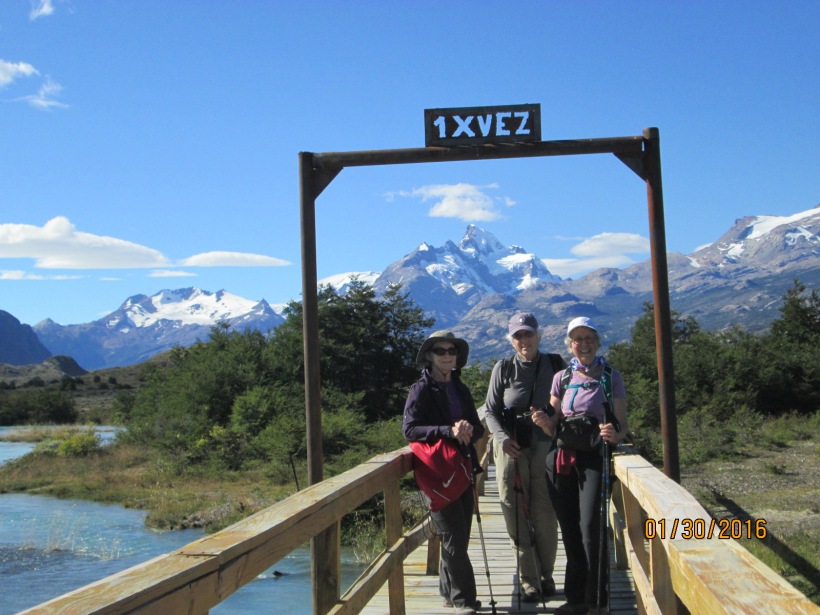 We still had to walk for a while longer and we had to hurry because the catamaran was waiting for us. We didn’t get back to the Catamaran until about 5:30. Then we still had a 2 hour boat ride back to the bus. Most of the people slept on the way back.  The whole trip took 11 hours.