Ann and I again loved the rocking of the ship during as we slept last night. Imagining that we are floating in a hammock was so peaceful.

On the way back to Ushuaia we did not have any landings. That could have made for a very long day so the crew provided information and entertainment for us.

Ann, Fred, Bill, Dawn, Rick, Jane, Joni, and I were in the 2nd group to do a bridge visit. The Captain showed us the instruments, maps, etc in the bridge and answered any questions we had.

Then we went to a talk about Penguins and humans. We learned :

I actually took an hour nap today. That was a first for this trip. By the way my patch worked well again.. Did you know that the Drake Passage is the largest current in the world. They said that it is 137 times more that all of the rivers in the world combined. The word they use to measure these currents is Sverdrup.

We also went to a talk about Cape Horn. 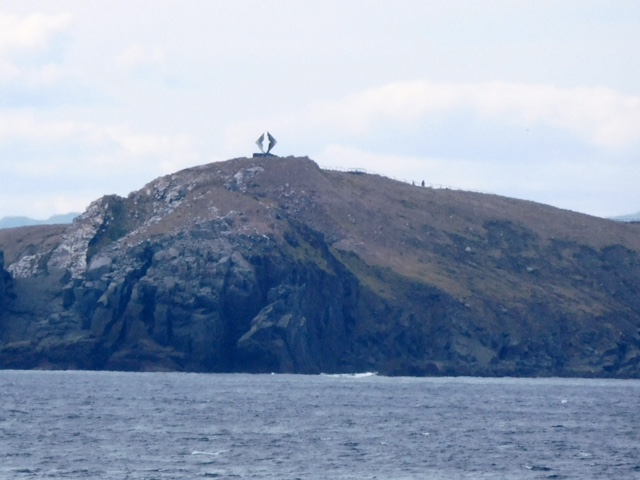 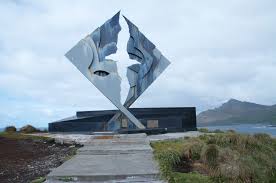 Photo from a webpage

Fred, Bill, Dawn, and Rick had a little party in the observation lounge today and invited me. I sure have enjoyed being with them on this voyage. In addition to being so supportive of me when hiking up the hills they have kept me laughing so much of the time.

After our party I went to a talk about points of interest:

Before dinner some of us went to a showing of  the old movie, “Evita.”

I forgot to write in previous posts (which may tickle the funny bone of people who have read about my past trips) that I ate ice cream for dessert at least once per day and mostly twice.

This voyage has been so far beyond any expectations I formed before we embarked. I already miss the penguins, whales, glaciers, icebergs, and seabirds. I will also really miss the new friends I met.

I think this would be a good place in my blog to share the video that Fred created about Penguins.  It brings back great memories.

3 thoughts on “On the Way Back to Ushuaia”