We took the bus in the morning from Tralee to Limerick and then to Galway.  When we arrived at the bus station in Galway, I asked a man in helper vest if he knew where the Savoy Hostil was.  He did not know, but directed us to the W.C. and told us to wait for him and he would find out for us.  Amazingly helpful. We keep running into Irish friendliness, kindness, and hospitality.

After checking into the Savoy, Mary and I walked around town for a bit and found locks for our suitcases so we can check them at the airport on our way home.  Then we went back to the Savoy for a cup of tea and waited for David.  We all have a dorm room at the Savoy which we shared with a young French woman.

I was so excited to see him.  It was so nice of David to come to Galway to see me. 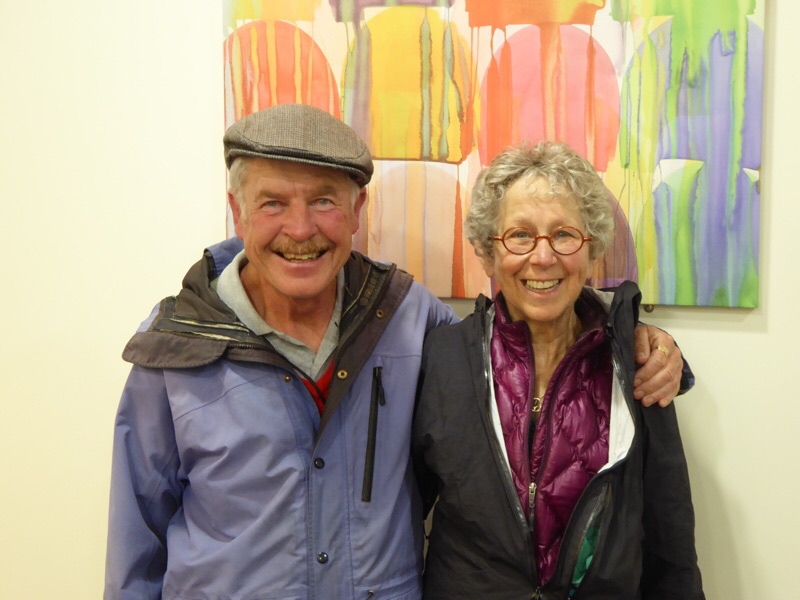 The three of us wandered around Galway in the rain (yes, the rain again).  We picked up Mary’s and my ticket for the ferry on Sunday, ate lunch, watched people.  In spite of the intermittent rain there were a few street musicians.

Then we searched for a quiet place to sit.  It was not easy to find a quiet place because it is a “Bank Holiday” weekend.  We did finally find someplace that had great hot chocolate and sat there talking for a long time.  It is great to have a rest day.  I asked the waiter and waitress where we should go to hear music. She gave me the names of 2 pubs.

Then Mary did our laundry while I got the future maps and directions put together.  We knew the music in the evening wouldn’t start until 10:00.  Mary decided to stay back and David and I headed out.  The first pub was so crowded that we couldn’t get in.  So we went to Taffy’s.  David said it was too crowded and loud and there were no seats.  But I had to hear Irish music in Galway.  So I worked my way to the front by myself.  Three guys started playing. 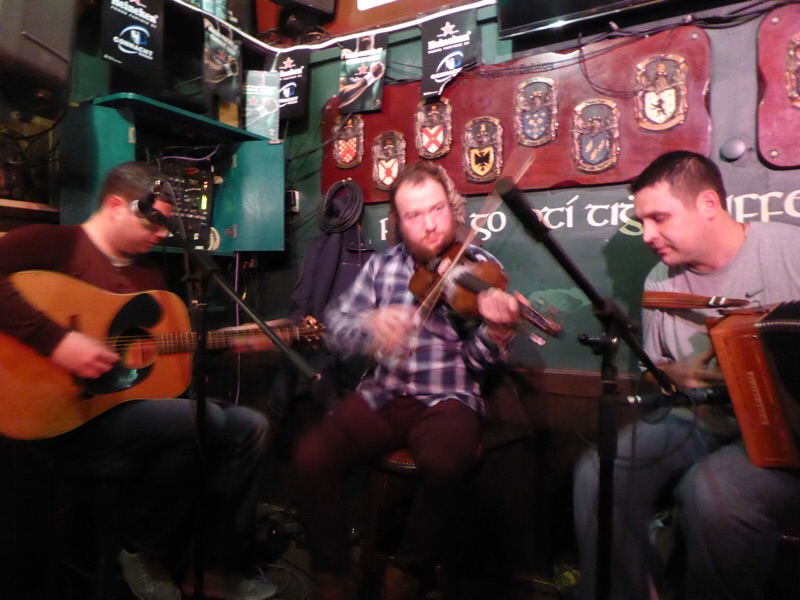 The music was great and soon we started dancing.  A young man put a beer glass I my hand and took my photo. 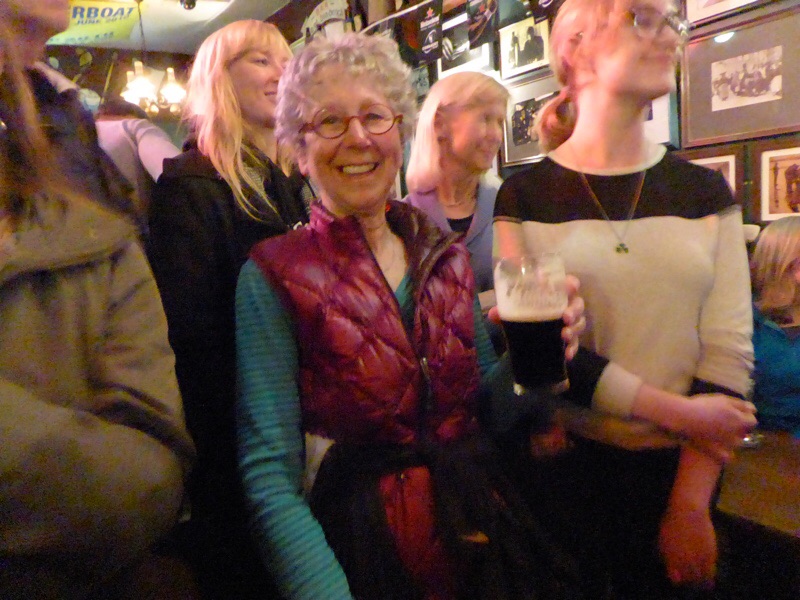 Funny since I don’t drink beer.

One guy started to do an Irish Jig.  He was fantastic.  Then he asked me to dance and tried to show me how do do a jig.   More funny.

You can tell he was moving much faster than I was..

The music was wonderful.  The people danced as couples, as individuals, and in circles.  What a blast.  I had a so much fun listening, dancing, and watching people dancce.

The group played for over 2 1/2 hours without a break. At the end I asked the bartender for the name of the group.  He said that they don’t have a name.  He said the singer was Shane Fahy.  So he called the “Shane Fahy & Friends.”  The accordian player’s name was Brendan Brown.  But he said that the fiddle player was a sit-in.  So when the group stopped, I asked the fiddle player his name (Fergal Scahill).  He comes from a very musical family, his brother Enda being one of the top banjo players in the country.  How lucky for me to hear him.  He asked me where I was from and he told me that he had played with his group at the Aladin about a month or so ago.  Small world.